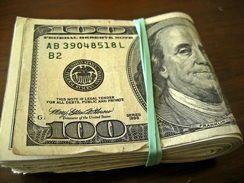 (MoneyWatch) It's relatively well known that less-liquid investments tend to outperform more liquid investments. And there's a perfectly logical economic explanation: Since investors prefer greater liquidity all else equal, they demand a risk premium to hold less liquid assets. In other words, they must expect a return premium. This makes liquidity a risk factor, just as beta, size and value are risk factors. And as we have seen, the evidence demonstrates that a liquidity strategy produces risk-adjusted returns that are similar to those of the other three factors, as well as the behavioral-related factor of momentum.

Thomas Idzorek and James Xiong of Morningstar Investment Management and Roger Ibbotson of Zebra Capital Management examined whether this style can be uncovered at the mutual fund level. Covering the period February 1995 - December 2009, they combined Morningstar stock and mutual fund data to build composites of mutual funds based on the weighted average liquidity of the individual stocks held by the funds. They then organized the data around Morningstar categories and their large versus small and growth versus value-style boxes. The following is a summary of their findings:

This paper contributes to the literature by demonstrating that the liquidity premium isn't just a theoretical (on paper) result -- it can be captured by live funds. What it doesn't tell us is whether the mutual fund managers were explicitly focusing on capturing the premium.