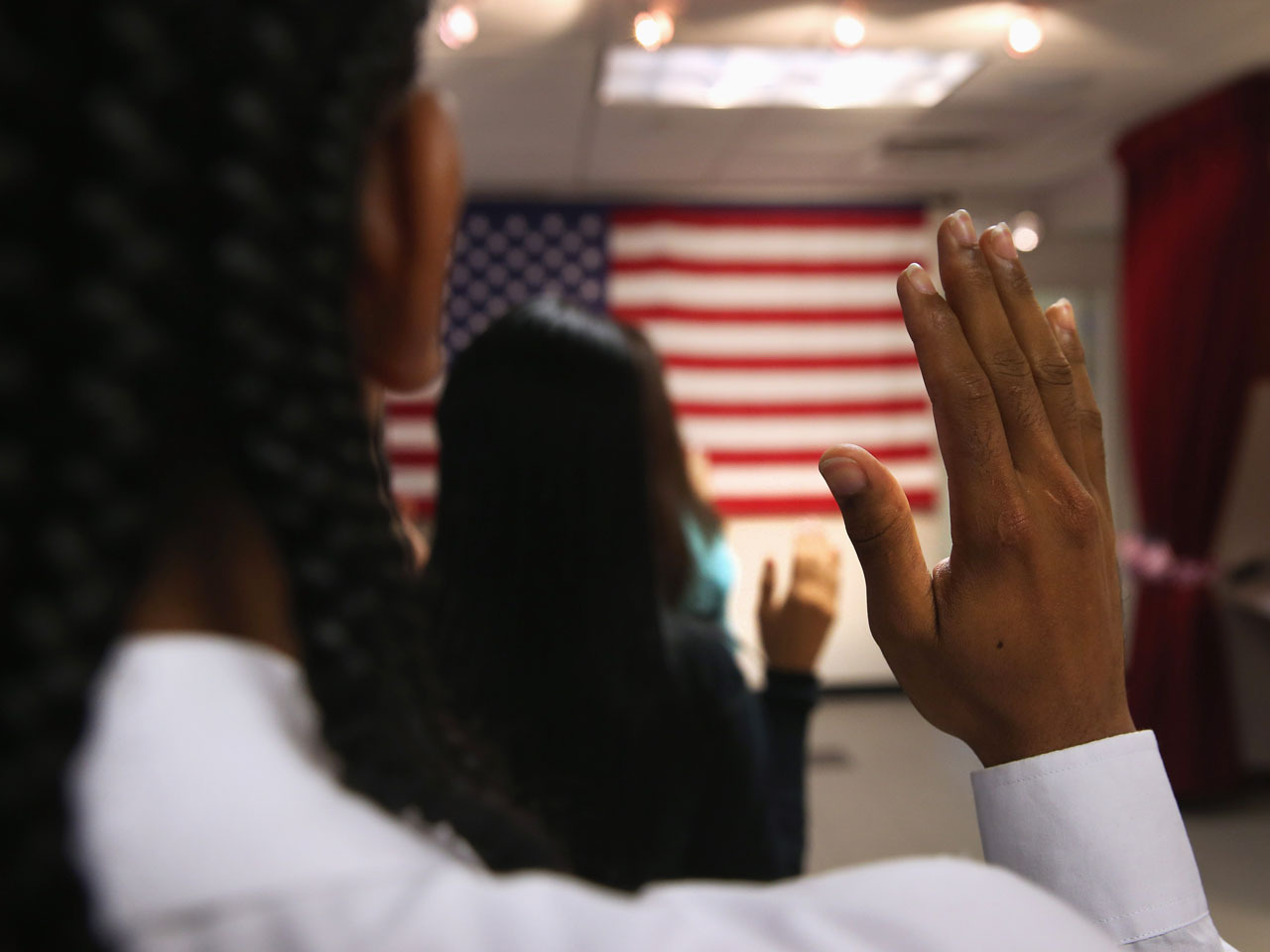 (MoneyWatch) Cities and towns across the U.S. struggling to recover from the Great Recession could benefit from a key force for economic renewal: Immigrants.

Foreign-born residents, who now account for one in eight Americans, are boosting job growth, raising home prices and more broadly helping to revive thousands of economically distressed communities, according to a new report by the Americas Society/Council of the Americas and the Partnership for a New American Economy.

"Immigrants are a key part of the American success story at the community level, revitalizing local areas and creating economic growth and jobs for U.S.-born workers," the report said.

The organizations, whose membership consists mostly of business leaders and city mayors, advocate changing the nation's immigration laws by, among other things, making it easier for high-skilled workers to obtain visas and expanding "guest worker" programs. They are among the bevy of interest groups, from high-tech and agricultural giants to grass-roots advocates, lobbying on immigration reform.

The study, prepared for the groups by Duke public policy and economics professor Jacob Vigdor, assessed the economic impact of immigration on more than 3,000 U.S. counties between 1970 and 2010.

Immigration both creates and saves jobs, the business groups contend. That is especially true for the beaten down manufacturing sector, which has eroded for decades as corporations exported millions of jobs to low-wage countries around the globe and as workers have been replaced by technology.

Immigrants contribute economically by earning and spending money, which benefits local businesses, and by generating tax revenue. The organizations also say immigrants provide companies with a pool of workers whose skills are in short supply in the broader U.S. population. That ready source of domestic labor means employers are less likely to ship jobs abroad.

"For every 1,000 immigrants who live in a county, 46 manufacturing jobs are created or preserved," said Jeremy Robbins, director of the Partnership for a New American Economy, in an interview, adding that communities with higher rates of immigration retain more manufacturing jobs than areas with fewer immigrants.

Nearly 12 million Americans, 9 percent of U.S. workers, are employed in manufacturing, according to industry figures. Overall, there are 40 million immigrants, roughly 13 percent of the population. That is up from 10 million, or 7 percent, in 1950.

As evidence of the positive impact of immigration on job growth, the groups point to parts of the U.S such as Harris County, Texas, a petrochemicals hub that saw the fastest growth in manufacturing employment over the last four decades. Other areas that have seen a significant expansion in manufacturing include Maricopa County in Arizona and Orange, San Diego and Santa Clara counties in California.

Immigration also has spurred job-creation in rural communities, such as Buena Vista County, Iowa, and in towns along the North Carolina coast, according to the report.

Still, such job gains have been fairly modest, a weak buffer against the enormous job losses resulting from offshoring, automation and the financial crisis. Harris County -- anchored by Houston and as of 2011 the third-largest county in the U.S., with a population of 4.2 million -- saw an increase of 43,000 jobs attributable to immigration over the 40-year period of the study, or just over 1,000 jobs per year. Santa Clara added 7,200 jobs.

By comparison, the manufacturing sector lost 6 million jobs between 2000 and 2009 alone, according to the Bureau of Labor Statistics.

Another way immigrants benefit communities is by creating demand for housing, said Jason Marczak, director of policy at the Americas Society/Council of the Americas. For every 1,000 immigrants that move into an area, 270 U.S.-born people also come, as small businesses are launched to meet the growing demand for services, the report found. Immigrants tend to move to less expensive neighborhoods, including blighted areas. That helps local governments generate the tax revenue they need to offer social services and also can reduce crime.

"Immigration yields a significant impact on home values across the country, occurring most notably in relatively affordable metropolitan areas and neighborhoods," according to the report. "Controlling for other factors, when an immigrant moves into a community, the price of the average home rises by 11.6 cents." If 1,000 immigrants arrived, in other words, a home's value could rise by more than $11,000.

Alex Nowrasteh, an immigration policy analyst with the libertarian Cato Institute, said that immigration is not a panacea for declining communities. But it is one tool for injecting economic life into poorer areas, especially municipalities slammed by the housing crash.

"Immigrants moving to Detroit won't make the city prosperous. Tax policy, regulatory policy and lots of other things have to change," he said. "But increasing population by whatever method does increase prosperity. Immigrants are drawn to prosperity, but they also make a lot of prosperity once they're there."

Although the U.S. Senate passed a comprehensive immigration reform bill in June, the bill's fate is unclear. Republican support for the bipartisan measure is weaker in the House. In Congress, issues including the rise of tensions in Syria have taken center stage, while a looming clash over the federal budget and raising the government's borrowing limit could scupper further immigration talks.

Public support for changes to immigration policy also remains split. While a large majority of Americans think the nation's laws on legal and illegal immigration need fixing, opinion is divided on the remedies or even whether immigration should be increased, according to the Pew Research Center. That division is rooted in an old fear -- that new arrivals to the country take jobs from U.S.-born residents.

Many economists, particularly those favoring free-market approaches to public policy, reject that view.

"The notion that immigrants take jobs from Americans is a 'fixed-pie' view of the economy that never made sense," Nowrasteh said, noting that most research shows that immigration boosts wages for all Americans. "There isn't a fixed number of jobs in the U.S. Immigration increases the potential for job-creation in the U.S. It's not a free lunch, and no doubt a few people lose a little bit because of stiffer competition. But the gains are so tremendous for the economy that it would be economically foolish to restrict immigration to the U.S. That was true in 1900, and it's true in 2013."