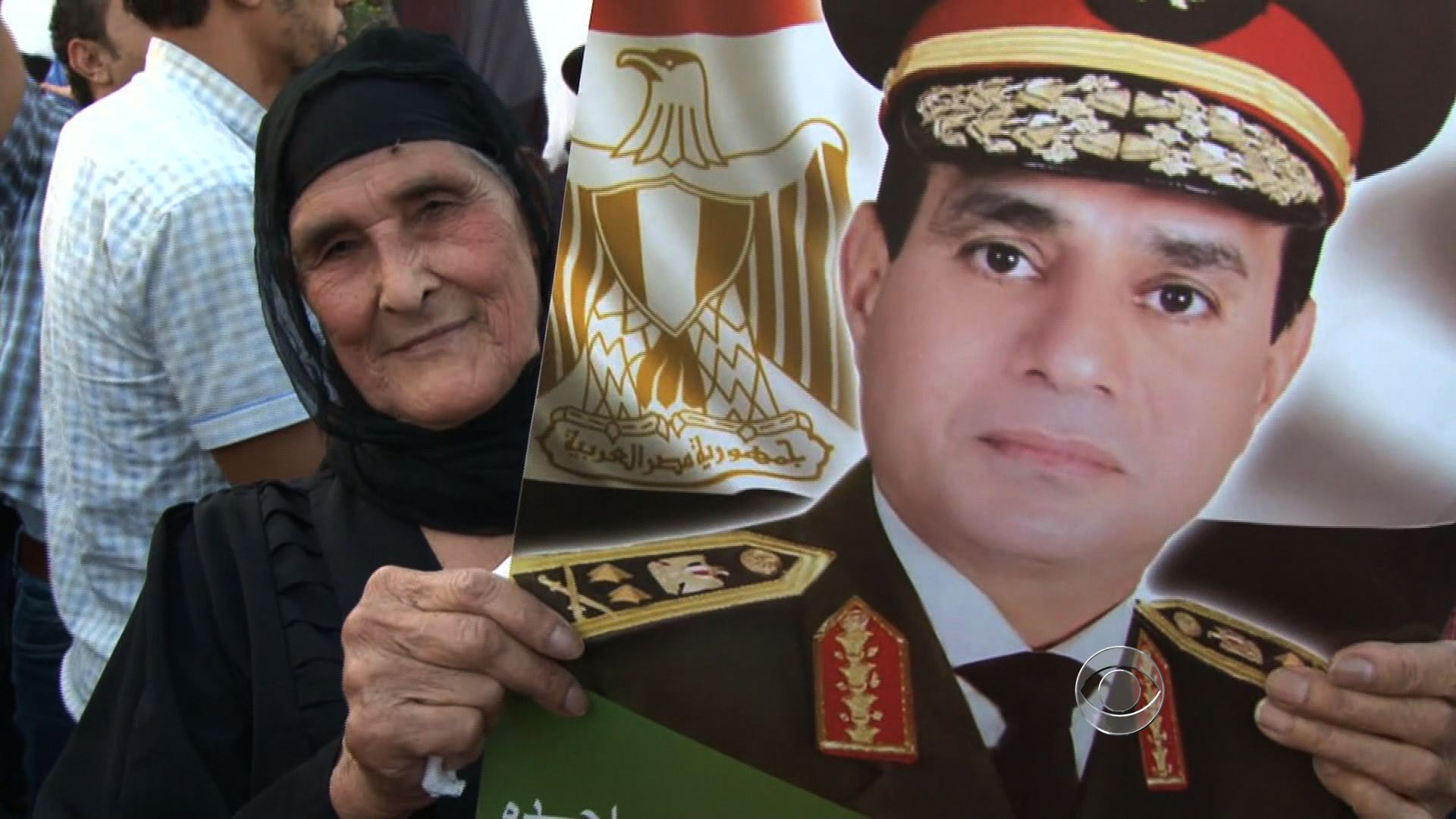 (CBS News) Cairo -- For weeks, Morsi's supporters from the Muslim Brotherhood have been staging sit-ins. On Wednesday, Egypt's new leaders ordered the police to clear the protesters out.

With another deadly crackdown looming, one man could determine what happens next.

Gen. Abdel Fattah al-Sisi is the most popular man in Egypt. He was sworn into power a year ago by President Mohammed Morsi -- the very man he ousted on July 3.

Sisi is now widely regarded as this country's savior for ridding Egypt of a deeply unpopular president.

On the street, vendors are doing a brisk business in anything that has Sisi's face on it. He's become so popular that some are asking whether he's poised to become the Arab world's next military strongman.

Last week, Sisi called for mass protests and hundreds of thousands turned out. CBS News saw people fighting to get posters of their hero.

Sisi claims he has turned over power to a civilian government, but his popularity has raised questions about his own political ambitions. Retired Gen. Sameh Seif al-Yazal isn't worried.

"He will not be involved at all; he will not run for office. Take my word," he said. "He told me that, personally."

Sisi already holds three of the most powerful jobs: commander of the armed forces, defense minister and deputy prime minister.

"From what I see right now and the cards on the table and knowing their mentality quite well, I think they (the Muslim Brotherhood) want to escalate the situation. They want a lot of blood."

The Muslim Brotherhood has said it is not threatened by Wednesday's announcement. Their spokesman has accused the military of being "hungry for more blood" and argues that their protests are peaceful. Any attempts to disperse protests, they said, will only harden their resolve.