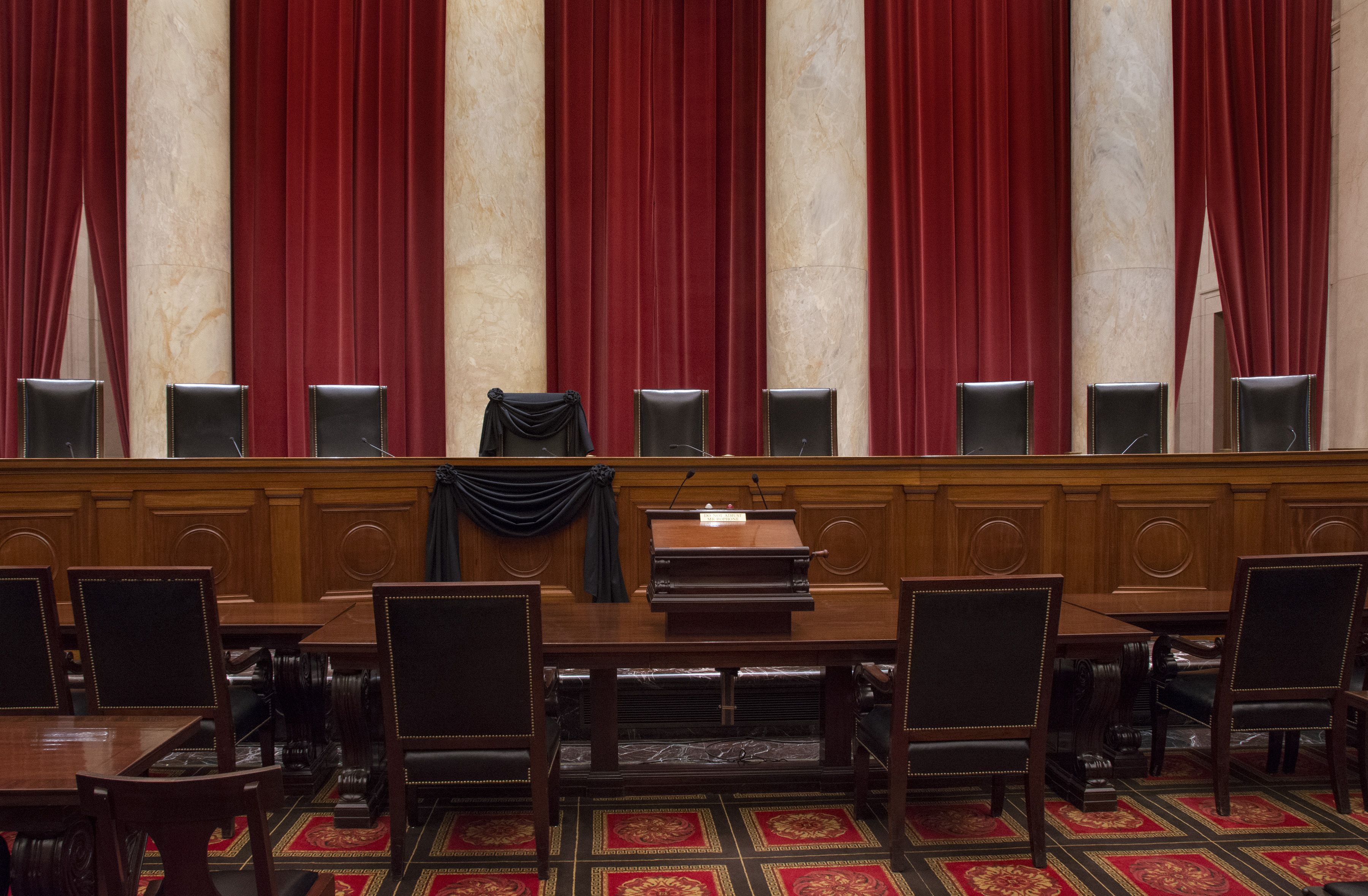 Businessman Donald Trump, seeking to burnish his "common sense conservative" credentials for the Republican nomination, said Wednesday that he would use the landmark District of Columbia vs. Heller case from 2008 as a litmus test for nominating a Supreme Court justice.

The Heller case was a victory for gun rights proponents, in which the court ruled that the Second Amendment guarantees someone the right to possess a firearm at home "for traditionally lawful purposes, such as self-defense within the home" and eliminated Washington D.C.'s ban on handguns, which the court said violated an individual's right to bear arms.

Trump made the comments at a town hall moderated by MSNBC hosts Joe Scarborough and Mika Brzezinski. Scarborough asked him directly if he would use Heller as a litmus test for justices.

"I give that commitment right now. Absolutely," Trump said. "And I've been very strong. I'm a member of the NRA. My sons, Don and Eric, are members of the NRA for a long time."

The late Justice Antonin Scalia wrote the majority opinion in the case, saying, "Some have made the argument, bordering on the frivolous, that only those arms in existence in the 18th century are protected by the Second Amendment. We do not interpret constitutional rights that way."

It was the farthest Trump has gone in giving specifics on what kind of candidate he would nominate for the Supreme Court. On Wednesday, at a rally in Walterboro, South Carolina, Trump spent a good deal of his stump speech talking about the importance of the vacancy created by Scalia's death last week.

"Your getting out to vote is just so important. Because our country has been taken away from us. It's going so fast," Trump said. "The Second Amendment is under siege, you know that... We lost a great Supreme Court justice and nobody thought this was gonna be part of the equation. And all of a sudden, if somebody gets in and it's the wrong person, they'll take that Second Amendment away so fast your head will spin."

Trump even cited a fellow billionaire as someone who would be a doomsday scenario for gun rights advocates.

Bloomberg has said he is considering an own independent bid for the presidency.

As for those already in the race, Trump has been battling accusations from Ted Cruz that he is not sufficiently conservative, and that he could not be trusted to nominate a conservative Supreme Court justice.

Cruz's campaign has been running an ad in South Carolina, in which the narrator says, "Life, marriage, religious liberty, the Second Amendment. We're just one Supreme Court justice away from losing them all... We cannot trust Donald Trump with these serious decisions." The ad also splices in soundbites of an NBC "Meet the Press" interview in which Trump tells then-moderator Tim Russert that he is pro-choice. Trump has said he has evolved on those views since.

Trump's campaign, in turn, fired off a cease-and-desist letter to Cruz's campaign on Wednesday, saying, "Simply stated, your Attack Ad is not only completely disingenuous, but replete with outright lies, false defamatory and destructive statements and downright fabrications which fully know to be untrue, thereby exposing you and the Cruz for President campaign to liability for damages and other tortious harm."

Not to be outdone, Cruz's lawyer wrote back, calling Trump's claim "flimsy" and that the objective of the ad was "to provide the voters of South Carolina with important and accurate information so that they can make an informed decision when they go to the polls."