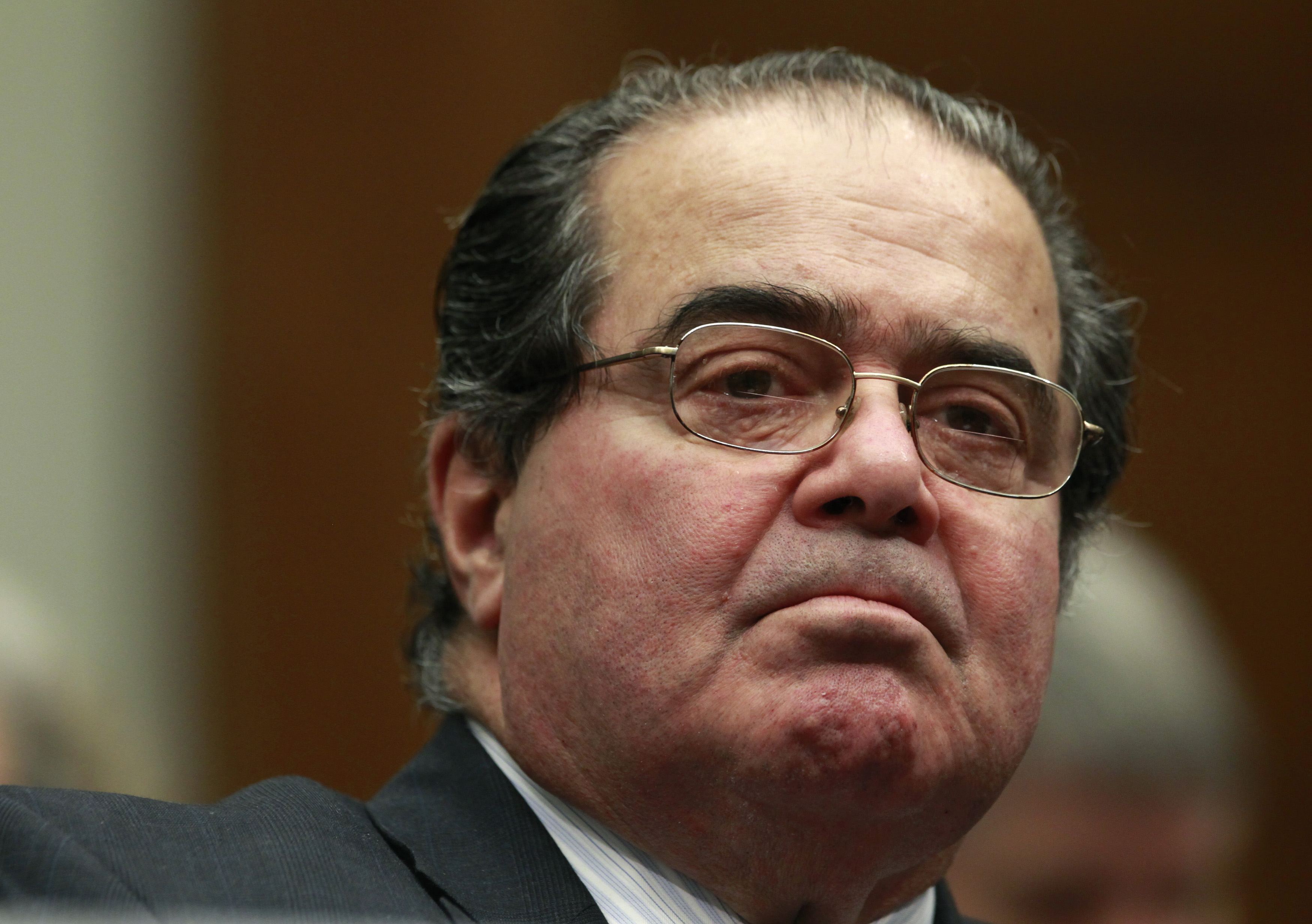 WASHINGTON -- The body of U.S. Supreme Court Justice Antonin Scalia was flown to Virginia after it was determined he died of "natural causes" and an autopsy was not necessary.

Presidio County Judge Cinderela Guevara told The Associated Press that she consulted with Scalia's personal physician and sheriff's investigators, who said there were no signs of foul play, before concluding that he had died of natural causes. He was found dead in his room at a West Texas resort ranch Saturday morning. Guevara says the declaration was made around 1:52 p.m. Saturday.

Scalia's family didn't think a private autopsy was necessary and requested that the 79-year-old jurist's body be returned to Washington as soon as possible, said Chris Lujan, a manager for Sunset Funeral Homes in Texas. The body was returned to Virginia late Sunday.

Terry Sharpe, assistant director for operations at El Paso International Airport, said a private plane carrying Scalia's body departed around 8 p.m. EST. Scalia's body was accompanied to the airport by U.S. marshals, he said. He said he didn't know details about where the plane was headed.

"The U.S. Marshals Service routinely coordinates with the U.S. Supreme Court police to provide security for the Justices, however, Justices may decline USMS protection," the statement read. "In this instance, the USMS detail was declined for the personal trip to the hunting resort in Texas, so USMS personnel were not present at the ranch. Deputy U.S. Marshals from the Western District of Texas responded immediately upon notification of Justice Scalia's passing."

The U.S. Marshals Service referred questions about the flight to Supreme Court officials, who did not immediately respond to inquiries.

Scalia's weekend death was as much of a shock to those at the ranch, as it was to the rest of the nation.

The owner of the West Texas ranch where Scalia died says the justice seemed his usual self at dinner the night before he was found "in complete repose" in his room.

John Poindexter, the owner of Cibolo Creek Ranch near Marfa, told reporters Scalia was part of a group of about 35 weekend guests. He arrived Friday around noon. Poindexter says the group had dinner Friday night and Scalia was his "usual, personable self." Poindexter says Scalia retired around 9 p.m., saying he wanted a long night's sleep.

A procession of about 20 law enforcement officers arrived in the early hours Sunday at an El Paso, Texas, funeral home, according to Lujan. He said they had traveled more than three hours from the West Texas resort ranch where the 79-year-old Scalia was found dead in his room Saturday morning.

Kristina Mills, a history teacher at nearby Chapin High School, came to pay her respects and brought flowers.

"Recognizing his contribution to serving our country just compelled me to come," she said. "I wanted to do yellow roses because for him dying in Texas. I didn't want his family to have bad memories of Texas."

In the nation's capital, where flags flew at half-staff at the White House and Supreme Court, the political sniping soared, raising the prospect of a court short-handed for some time.

The Senate's Republican leader, backed largely by his party's White House candidates, essentially told a Democratic president in his final year in office not to bother asking lawmakers to confirm a nominee for the lifetime seat.

Scalia's colleagues praised his brilliance and grieved his death. Justice Ruth Bader Ginsburg said she and Scalia "were best buddies" for more than 30 years. Justice Clarence Thomas said, "It is hard to imagine the court without my friend."

President Barack Obama ordered flags to be flown at half-staff at the high court, where Scalia served for three decades, and other federal buildings throughout the nation and U.S. embassies and military installations throughout the world.

While flags were being lowered, the campaign-year political heat has risen over the vacancy on the nine-member court.

At issue is whether Obama, in his last year in office, should make a nomination and the Republican-led Senate should confirm that choice in an election year.

Obama pledges a nomination "in due time." Senate Majority Leader Mitch McConnell, R-Kentucky, thinks it should wait for the next president.

The Republican resistance to an election-year confirmation got a thorough public airing on the Republican debate stage just hours after Scalia's companions found him dead in his room at the Cibolo Creek Ranch near Marfa.

Sen. Marco Rubio, R-Fla., told CBS' "Face the Nation" on Sunday he supports McConnell in his pledge to block any Obama nominee.

Republicans argued that Obama, as a lame duck, should not fill the vacancy created by Scalia's death, but leave it to the next president -- which they hope will be one of them.