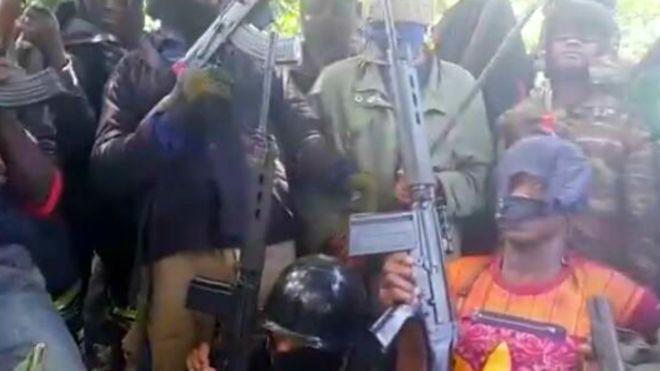 YAOUNDE, Cameroon -- Armed separatists have kidnapped at least 78 students and their principal from a Presbyterian school in Cameroon, officials said Monday. A governor said the abductions occurred late Sunday in Nkwen village in Cameroon's restive northwest region. The kidnappers struck near Bamenda, the capital of the troubled English-speaking region, according to Governor Deben Tchoffo.

A video purportedly of the kidnapped children has been released on social media via men who call themselves Amba boys, a reference to the state of Ambazonia which armed separatists are trying to establish in Cameroon's northwest and southwest regions.

In the video, the kidnappers force several of the young male students to give their names and the names of their parents. The children say they were kidnapped late Sunday by the Amba boys, and they don't know where they are being held.

The men who identify themselves as the kidnappers say they will only release the children when they achieve what they want.

"We shall only release you after the struggle. You will be going to school now here," say the men who identified themselves as Amba boys. While the video could not be independently verified, parents have been reacting on social media saying they recognize their children in the video.