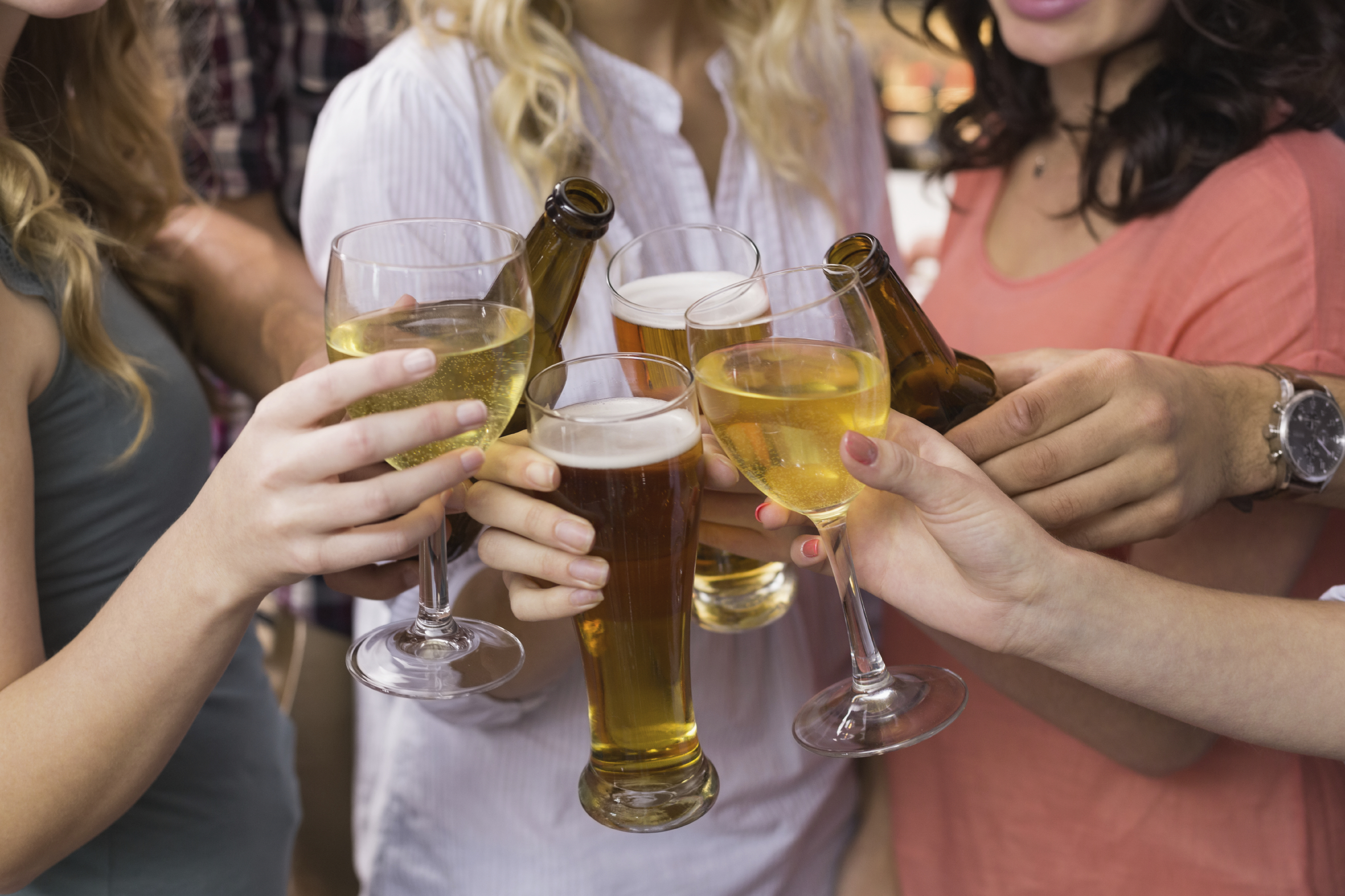 Don't want to be confronted with the number of calories in that margarita or craft beer? Then avoid the menu and order at the bar.

New menu labeling rules from the Food and Drug Administration will require chain restaurants with 20 or more outlets to list the amount of calories in alcoholic drinks, along with other foods, on menus by next November. The idea is that people often don't know - or even think about - how many calories they are imbibing.

But the rules don't apply to drinks ordered at the bar or any drinks that aren't listed on the main menu. The wine list will also be guilt-free - individual calorie amounts aren't required there either. And unlike other beverages and foods, most bottles and cans of alcohol don't have to list full nutritional information.

After years of lobbying for more nutritional information on alcoholic beverages, public health advocates say the menu labeling rules are a first step.

"Alcoholic beverages are a key contributor to the calories Americans are consuming, and most of the time when people have a drink they have absolutely no idea what its caloric impact is," says Margo Wootan of the Center for Science in the Public Interest. Her group petitioned the government more than a decade ago to require that bottles and cans be labeled with robust nutritional information.

The FDA's proposed menu labeling rules in 2011 exempted alcohol. But FDA Commissioner Margaret Hamburg said the agency decided to include it in the final rules this year after those who commented on the rule were largely in favor of such labeling because of its potential impact on public health.

The beer, wine and spirits industries objected, arguing that they were regulated by the Treasury Department, not the FDA, a setup that dates back to Prohibition. Treasury's oversight, which includes minimal input from FDA, has "well served the consuming public," a coalition of alcohol groups wrote in a 2011 comment asking to be left out of the menu labeling rules.

The new rules are designed to not be too burdensome for the alcohol industries or restaurants. Endless combinations of mixed drinks won't have to be labeled at bars, unless they are listed on a menu, and the FDA is allowing restaurants to use estimates of calories and ranges of calories without listing the exact amount in every different drink. That means menus are required to list the average amount of calories in a glass of red or white wine, but won't have to list calories by every brand of wine on the wine list unless they choose to do so. Same with beers and spirits.

So most wineries and craft breweries selling to chain restaurants won't have to pay to have their products' nutritional content analyzed - for now, at least.

The labeling rules have "more of an indirect effect on our business," says Wendell Lee of the California-based Wine Institute. Lee says brand-specific menu calorie labels could be especially burdensome on the wine industry, where every vintage and varietal is different.

Craft brewers, with many varied brands and styles, have similar concerns.

The regulations "could have a slight chilling effect" on small breweries if some restaurants decide to list calories for individual beers, said Paul Gatza of the Brewers Association, which represents craft breweries.

The rules could have advantages too, he said.

"The more customers know about a brewery, the more they feel connected with it," Gatza said.

Off the menu, labeling rules appear further away.

For years, most alcohol companies have tried to put off mandatory bottle and can nutrition labeling as public health advocates have fought for it. Rules proposed in 2007 would have made such labels mandatory, but Treasury never made the rules final.

Last year, Treasury's Alcohol and Tobacco Trade and Tax Bureau said for the first time that beer, wine and spirits companies could use labels that include serving size, servings per container, calories, carbohydrates, protein and fat per serving. The labels are voluntary and will likely be used mostly by liquor companies touting low calories and low carbohydrates in their products.

Current labeling law for bottles and cans is complicated.

Wine, beer and liquor manufacturers don't have to list ingredients but must list substances people might be sensitive to, such as sulfites, certain food colorings and aspartame.

Tom Hogue of the Tobacco Trade and Tax Bureau said the current goal is to make sure that companies that want to label may do so, and that labeling is consistent. It is important that labels "don't mislead the consumer," he said.