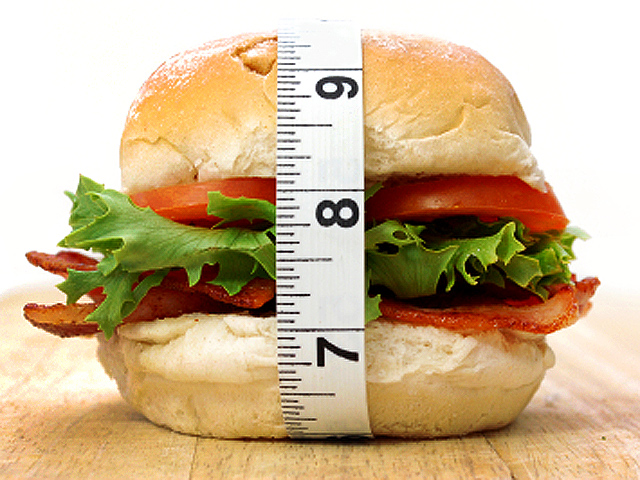 The good news, city health officials say, is that customers who look at the counts actually order something healthier - items with 100 fewer calories.

In 2008, New York became the first U.S. municipality to require chain restaurants to post calorie counts, and other places like California and Seattle soon joined in. Come next year, all chains with 20 or more locations will be required by a new federal law to print calorie counts on menus.

"Calorie labeling alone won't cure the obesity epidemic but it is one part of trying to address it," said study co-author Dr. Lynn D. Silver, director of the Office of Science and Policy at the city's Department of Health and Mental Hygiene.

The study - published in the July 26 issue of the British Medical Journal - was the first large-scale look at the law's success. Silver said it showed modest gains in getting people to order lower-calorie meals and led restaurants to offer healthier options like salads.

For the study, researchers looked at lunchtime purchases at 11 fast-food chains around New York in 2007, before the city law was passed, and then again in 2009. They spoke to nearly 16,000 customers about their orders and read their receipts. Overall, they saw little change. But customers ordered fewer calories, on average, at three major chains: McDonald's, Au Bon Pain and KFC. Those restaurants also introduced healthier options around the same time the law was passed, according to the study.

But popular sandwich chain Subway showed a big increase in the average calorie count of a lunch order, which the authors linked to the popularity of its "$5 foot-long" promotion.

Some customers checked calorie counts more than others. Women were more likely to use them when deciding what to order, as were people in wealthier neighborhoods. The least likely to look were young people. More than 20 percent of customers at Subway and Au Bon Pain paid attention to calorie counts, an increase from the overall average of 15 percent.

Dr. Marion Nestle, a professor of nutrition, food studies, and public health at New York University and author of the blog "Food Politics," said the study confirms that once people pay attention to the calorie counts, they make dietary changes.

"The next step has to be to get more people to look at the info."