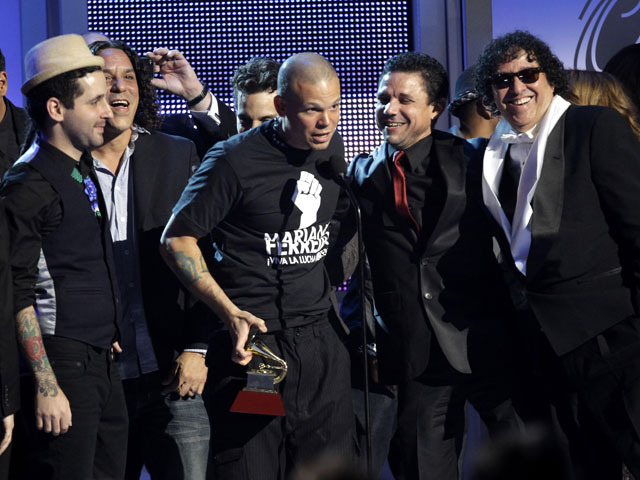 Earlier in the night, the socially charged rap group made history and won its 18th award for song of the year for "Latinoamerica." That broke the record for most awards overall previously held by 17-time-winner Juanes.

Crossover stars Shakira, Pitbull, Usher and Marc Anthony were among the dozens of international pop stars who shared the stage.