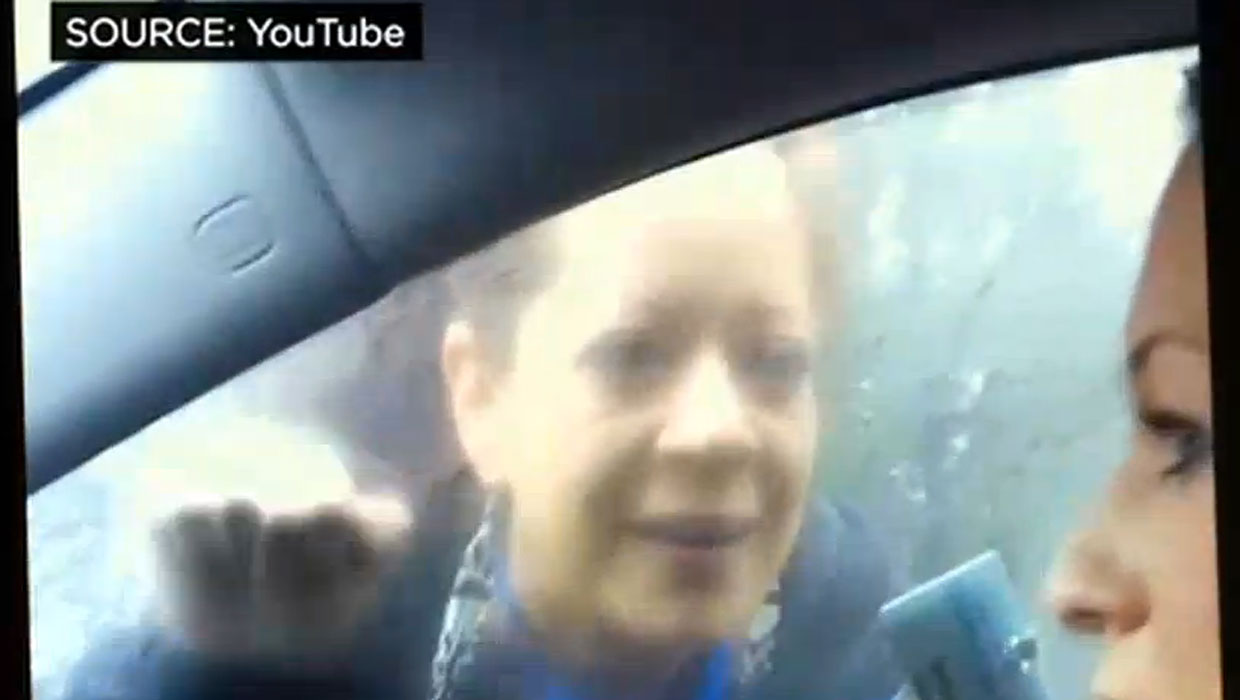 AUBURN, Calif. - A case of alleged road rage was caught on camera by two women who say a woman posing as a sheriff's deputy tried to run them off of Interstate 80, reports CBS Sacramento.

Passenger Delanie Strykul says a woman driving a silver truck cut her and her friend Vanessa off twice, then slowed down to drive alongside their car.

"When she did that, I threw up my hands and flipped her off," said Strykul.

It was a move Strykul told the station she now regrets.

"She pulls in front of us and then pulls her car horizontal and stops us," she said.

Strykul says she called 911 and spoke to the dispatcher in the video as the woman knocked on her window, reportedly claiming to be a deputy.

The women pulled away, but the truck caught up to them again.

"She did the whole zig-zag in three lanes with her flashers on, kind of like what a police officer would do if they were trying to slow down traffic," Strykul said.

Eventually, Strykul says, the woman hit their vehicle and tried pushing them off the road. The 911 dispatcher told the women to get off the interstate where an officer was waiting, but the women were afraid to exit and have the truck driver follow them.

According to the station, the driver of the silver truck, Dierdre Orozco, followed the women to the waiting California Highway Patrol officers, and was arrested at the scene for hitting the women's car. She's charged with assault with a deadly weapon, reckless driving and resisting arrest.

Strykul and her friend are still shaken by the incident, but say it could have turned deadly.

"We were so scared. If she had a gun it would have been way worse," she said.