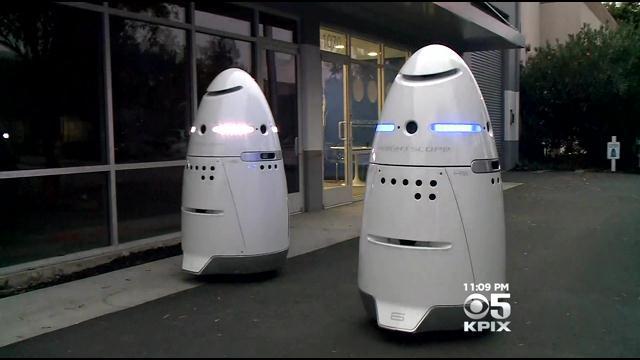 PALO ALTO, Calif. -- A San Francisco Bay Area shopping center has temporarily docked its futuristic security robots after one of the mechanical guards reportedly ran into and hurt a toddler.

The San Jose Mercury News reported that the 5-foot-tall, 300-pound robot collided with the 16-month-old child, knocking him face down on the ground. The robot then rolled over the boy's right foot, leaving swelling and a scrape on his leg. No one else was injured.

Speaking about the robots, a mall representative emphasized that the center prioritizes shoppers' safety. The robots are used at other facilities, including Qualcomm Stadium, home of the San Diego Chargers.

A representative with the shopping center told CBS San Francisco they had no comment on the incident.