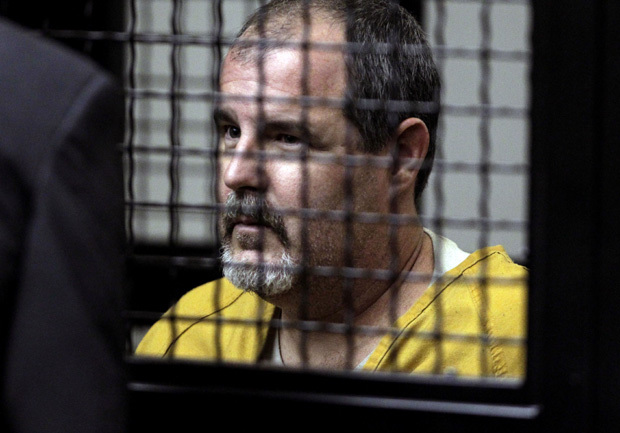 (CBS/KCBS/AP) SEAL BEACH, Calif. - Prosecutors say they will seek the death penalty for Scott Dekraai. He is the suspect in the Seal Beach salon shooting that left eight people dead and one critically wounded.

Dekkrai, 41, appeared in Orange County Superior Court on Friday, but his arraignment on eight counts of murder and one count of attempted murder was continued to November 29, according to CBS affiliate KCBS

Orange County District Attorney Tony Rackauckas had announced earlier during a news conference that he would be seeking the death penalty for Dekraai.

"There are some cases that are so depraved, so callous and so malignant that there is only one punishment that might have any chance of fitting the crime," said Rackauckas.

The beauty parlor was packed with customers just after lunch Wednesday when Dekraai, clad in a bulletproof vest, opened fire with at least two handguns, killing his ex-wife Michelle Fournier and seven others, including a man in his car outside the shop, authorities said. An elderly woman having her hair styled by her daughter, who died in the carnage, remains in critical condition.

According to police, Dekraai was stopped by officers about a half-mile away from the shooting scene at Salon Meritage. He surrendered without incident. Rackauckas said the suspect had wanted revenge against his ex-wife with whom he fought over the custody of their son shortly before the massacre. Dekraai, who was in court with his ex-wife the day before the shooting, had been seeking sole custody of his 8-year-old son. It was a request the court denied, KCBS reports.

"While Dekraai rampaged through a salon shooting at innocent victims, his son, who he professed to love, was sitting in the principal's office... Waiting for his mom or dad to pick him up," Rackauckas said with tears in his eyes.

Rackauckas called the killings cruel, merciless and methodical, adding they had nothing to do with love for Dekraai's son, who friends said the 41-year-old former tugboat operator doted on.

Dekraai and Fournier split up in 2006 and divorced the following year. The two had been involved in an increasingly acrimonious custody fight over their son ever since Dekraai had asked a judge for "final decision making authority" when it came to matters involving their son's education along with his medical and psychological treatment.

Shortly after separating with his wife, Dekraai's leg had reportedly been badly injured in a tugboat accident and he was unable to work. Friends and acquaintances have said he was in constant pain since then. He told the court he lived off an insurance settlement and his retirement benefits.