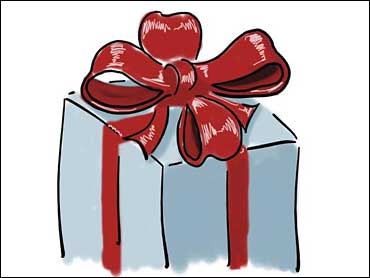 CORONA, Calif. -- Residents of one Southern California city who are sick and tired of bandits making off with their holiday cheer are spearheading a new anti-theft initiative, CBS Los Angeles reports.

They are not going to take it anymore. In fact, they are giving it back.

The crime-fighting strategy that has gripped Corona was inspired, in part, by security video taken by a Las Vegas homeowner showing a young thief swiping a package from his porch -- a package the miscreant would later discover was filled with pet droppings.

Michaela Roekle was one of the Corona residents to jump on the BM bandwagon.

"Dirty diapers and poop," she said, describing the gifts anyone looking to steal packages off her porch would be "celebrating."

She's been scooping up fecal matter from her Labrador retriever and adding in some special offerings from her 2-year-old son, re-gifting them as it were -- complete with bubble wrap -- just for the package poachers.

"So when they shake it, you can't hear that there is anything on the inside," Roekle said "and we've printed out fake labels that look like they're from the Navy. We've Googled to make sure we get legit labels, too."

She's part of "Package of Poop on the Porch Week" on Facebook, encouraging Corona residents to stop holiday porch pirates by giving them something to remember.

"My grandma's sending my kids stuff that she's hand made, and it's getting snatched," Roekle said, "so we're trying to make sure that our kids get their Christmas presents this year."