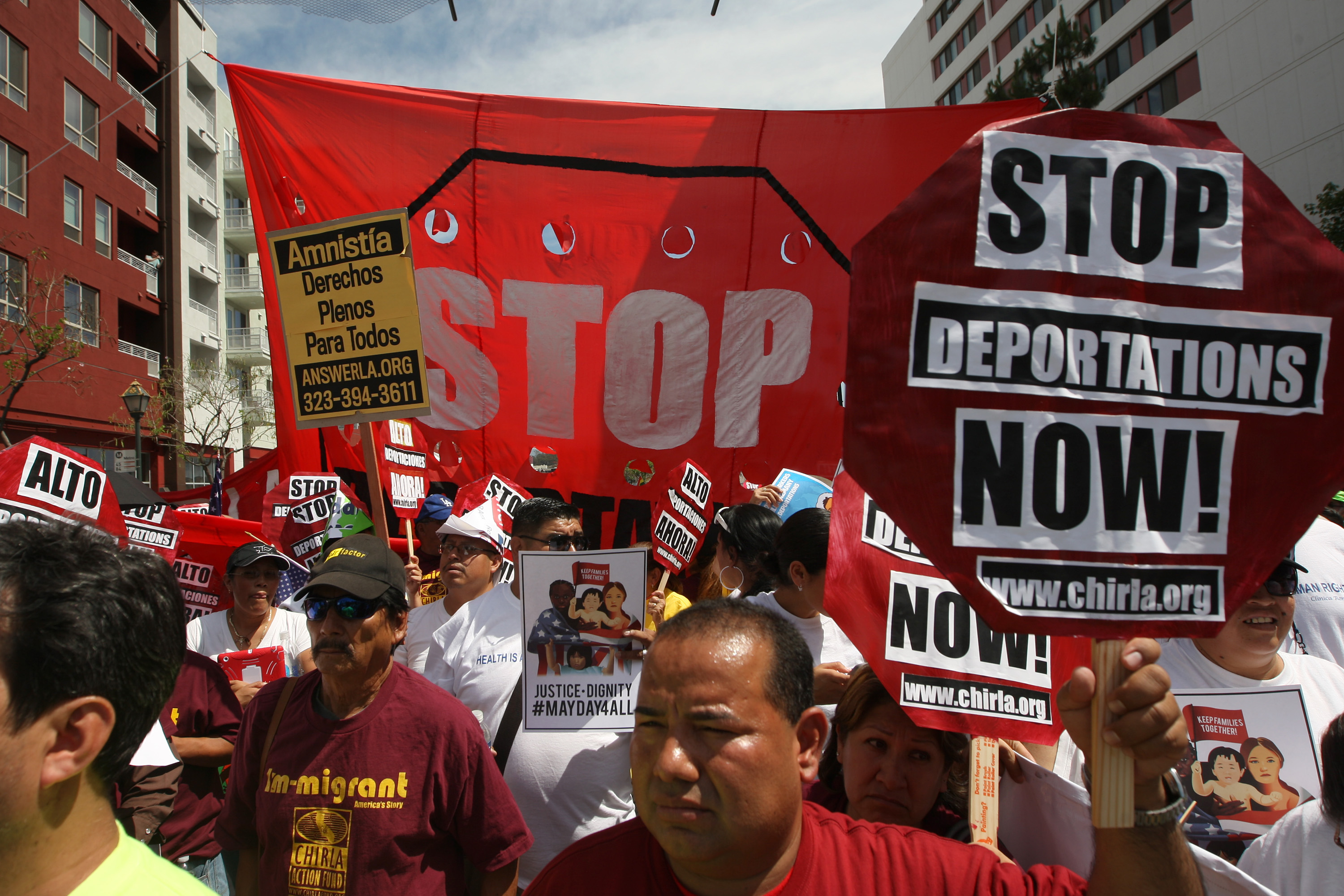 California Democrats approved a "sanctuary state" bill Saturday that would limit how local and state police can interact with federal immigration agents.

The bill is intended to bolster immigrant protections in the state that are already among the toughest in the nation.

It will now be considered by Gov. Jerry Brown, who announced his support after the top state Senate leader agreed to water down the bill and preserve authority for jail and prison officials to cooperate with immigration officers in many cases.

The legislation is the latest effort by Democratic lawmakers in California, home to an estimated 2.3 million immigrants without legal authorization, to create barriers to President Trump's campaign pledge to step up deportation efforts. They've also approved money for legal assistance and college scholarships for people living illegally in the U.S., and made it harder for businesses and government agencies to disclose people's immigration status.

California lawmakers are debating the measure as Congress considers offering legal status to young immigrants whose parents brought them into the country illegally or overstayed their visas.

"This comes as a relief that there are some legislators that are really listening," said Pablo Alvarado, executive director of the National Day Laborer Organizing Network.

The measure cleared the Legislature with support only from Democrats over the objection of Republicans who it will protect criminals and make it harder for law-enforcement to keep people safe.

Police and sheriff's officials, including jail officers, will still be able to work with federal immigration authorities if a person has been convicted of one of some 800 crimes, mostly felonies and misdemeanors that can be charged as felonies. But they'll be barred from transferring immigrants to federal authorities if their rap sheet includes only minor offenses.

Immigration advocates generally applauded the latest version, even with de Leon's concessions. For them, the bill delivers a rare victory during Trump's presidency, preserving some protections for people in the country illegally and adding others.

California police chiefs dropped their opposition but sheriffs, who run jails where the biggest impacts will be felt, remain opposed.

"In my view this bill's going to make us less safe," said Assemblyman Jordan Cunningham, R-Templeton. "It's going to protect the criminal at the expense of the law abiding citizen."

The changes did not mollify U.S. Immigration and Customs Enforcement Acting Director Thomas Homan, who said the bill will deliberately destruct immigration laws and shelter criminals.

"Time and time again we've seen tragic consequences because local jurisdictions declined to cooperate with U.S. Immigration and Customs Enforcement," Homan said in a statement. "By passing this bill, California politicians have chosen to prioritize politics over public safety. Disturbingly, the legislation serves to codify a dangerous policy that deliberately obstructs our country's immigration laws and shelters serious criminal alien offenders. ICE's goal is to build cooperative, respectful relationships with our law enforcement partners to help prevent dangerous criminal aliens from being released back onto the streets to potentially victimize our communities. This bill severely undermines that effort and will make California communities less safe."

As lawmakers considered the bill Friday another high-profile killing in San Francisco spotlighted the sanctuary issue. Immigration and Customs Enforcement disclosed that two weeks ago, before 18-year-old Erick Garcia-Pineda was a murder suspect, the San Francisco Sheriff's Department denied a request to hold him until federal authorities could take him into custody for deportation proceedings.

California's Democratic political leaders have positioned the nation's largest state as a foil to Trump and his administration. They've passed legislation and filed lawsuits aimed at protecting immigrants, combating climate change and blocking any future attempt to build a registry of Muslims.

A federal judge in Chicago ruled Friday that Attorney General Jeff Sessions cannot follow through with his threat to withhold public safety grant money to sanctuary cities for refusing his order to impose tough immigration policies.