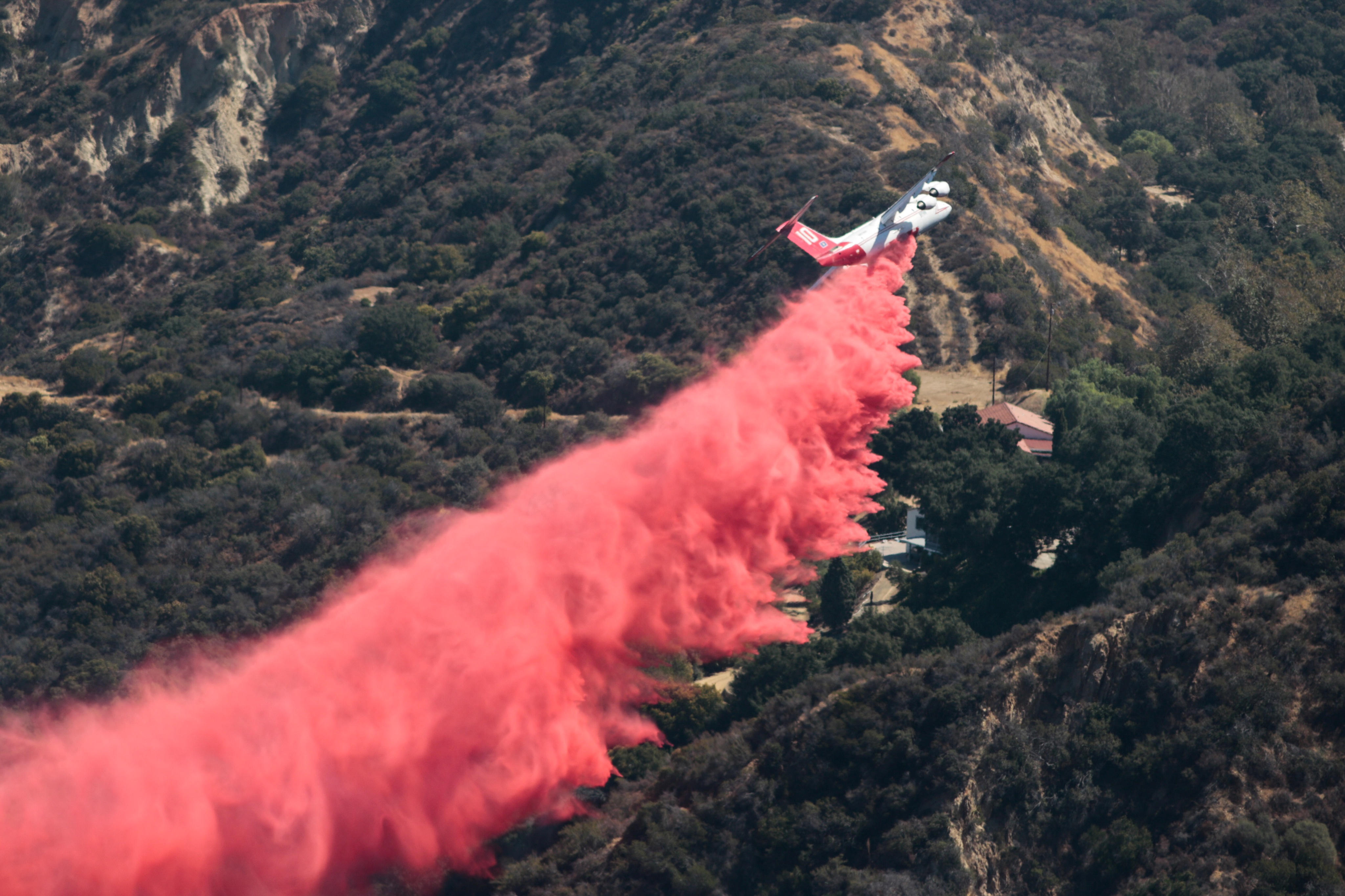 However, all evacuation orders were lifted just after 10 a.m., the Corona Fire Department said.

All roads north and south of Green River Road were open to residents with valid identification only.

The fire broke out about 1 p.m. Monday alongside the eastbound 91 Freeway, just west of Green River Road in west Corona, and initially spread at a "moderate" rate to Coal Canyon Road off the freeway, said Orange County Fire Authority Capt. Steve Concialdi.

The fire began spreading at a "rapid rate" around 3 p.m. Monday, fanned by Santa Ana winds blowing at 20 to 25 mph. By Monday night, it charred about 2,000 acres and damaged a single-family home and a big rig, and it was only 5 percent contained, Concialdi said.

As of early Wednesday morning, containment was at 20 percent, and, amid repeated water drops, the fire did not appear to have spread. About 1,600 firefighters were battling the blaze.

At the fire's height, about 500 homes were evacuated, affecting 1,500 residents.

"The current school closures are schools that are closest to the active fire and are near the mountain ridge," said district officials in a statement. "The closed schools are also the schools that would be most affected by road closures and have a higher risk of evacuation."

Fire crews confirmed that one house was damaged by the flames, although the extent was not immediately known. It was unclear if any of the other roughly 500 homes that were threatened Monday suffered any damage.

"When we talk about 500 homes that were threatened, it takes time for assessment teams to go out there to see if any homes were damaged," Concialdi said. "But we know of one that has been confirmed that has been damaged. No homes have been destroyed."

A Corona police officer directing traffic was injured by a hit-and-run driver about 8:30 p.m. Monday at Green River Road and Montana Ranch Road, according to Corona police Detective Andy Bryant.

David Shaheen, 53, of Corona, was booked on suspicion of felony hit-and-run for allegedly driving around traffic control barriers at the intersection and hitting the patrol officer, Bryant said. The officer was taken to a hospital, treated and released, Bryant said.

"Fortunately for him he was wearing his helmet because he hit his head on the ground," Bryant said.

For many commuting from the Inland Empire to Orange County, the Riverside Freeway is the only access point, said CHP Officer Florentino Olivera. "But we're asking the public, if possible, to avoid the eastbound 91."