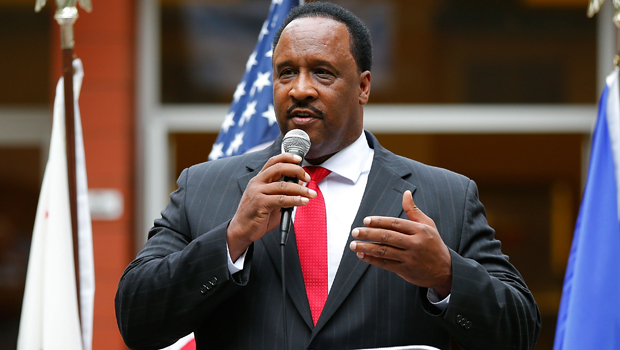 A Southern California mayor said that a man and a woman killed in an officer-involved shooting last weekend were unconscious when police first encountered them.

Inglewood police Lt. Scott Collins said in a statement that around 3 a.m. Sunday officers approached a car that had stopped in the street. A woman in the car had a gun and officers took cover and ordered the man and woman out of the car, Collins said.

Officers then opened fire. Collins did not say whether the man or woman fired the weapon or what led officers to open fire.

CBS Los Angeles reports that the woman died at the scene and the man died after being rushed to a hospital.

On Tuesday, Inglewood Mayor James Butts didn't say what prompted the officers to shoot, but he told KNBC-TV the officers found the people in the car unconscious and tried "to rouse" them and "de-escalate the situation" for about 45 minutes.

"At some point obviously they were conscious because somebody felt threatened," Butts told the TV station.

A gun was recovered at the scene, Collins said.

The mayor didn't provide further comment to the station, stressing the importance of the police completing their investigation.

The station and other media outlets identified the deceased as Kisha Michael, 31, a single mother, and Marquintan Sandlin, 32, a single father.

No officers were injured in the incident.