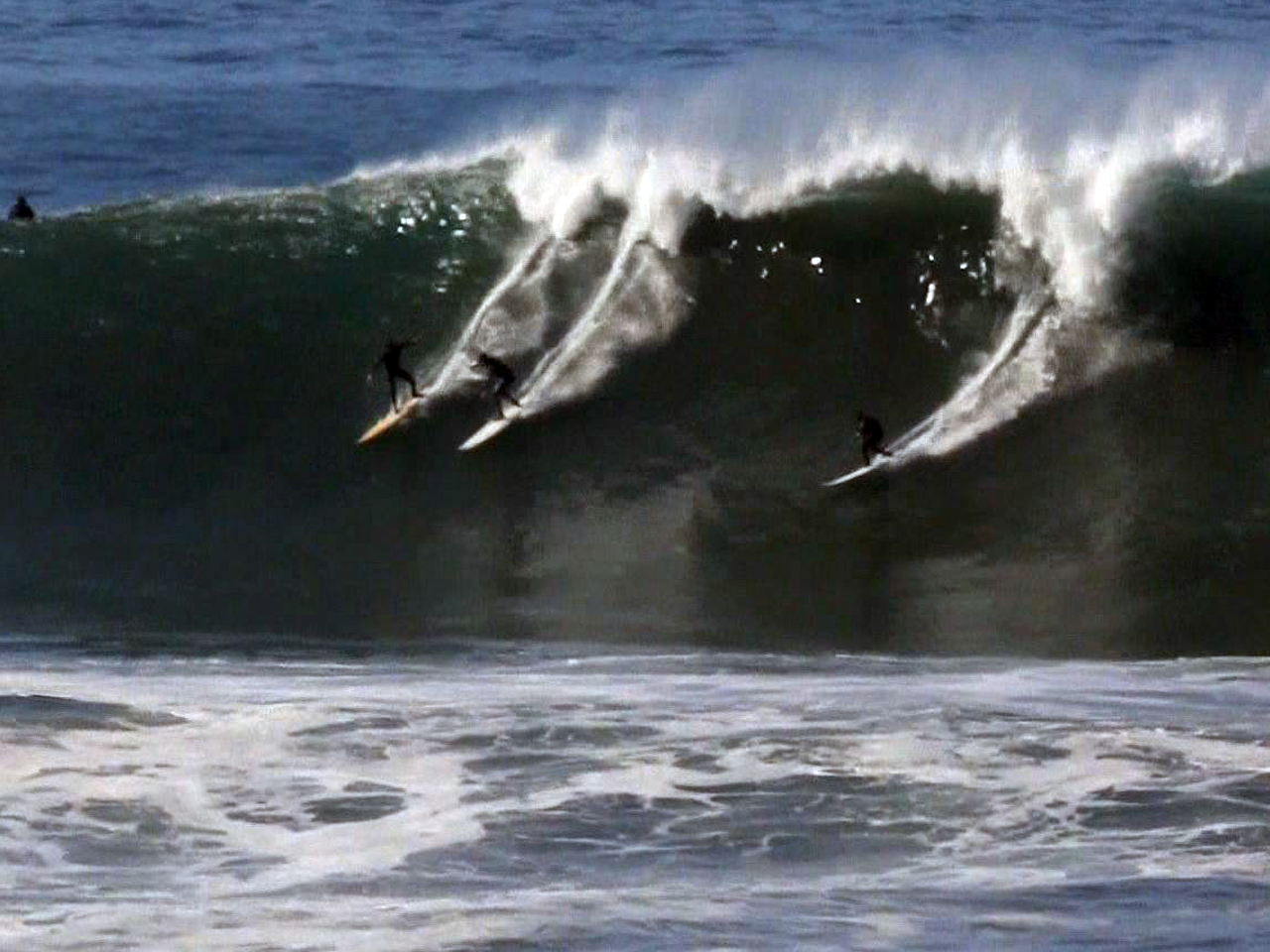 The world's best surfers are headed to Half Moon Bay, Calif., to compete in the Mavericks Invitational, one of surfing's legendary events. Organizers are hoping for record-breaking waves.

The forecast for massive surf is luring adrenaline junkies from near and far.

As world class sporting events go, the Mavericks surfing competition is unique in its unpredictability. When the waves and weather are just right competitors get only 48 hours' notice to get to Half Moon Bay south of San Francisco.

Jeff Clark, the event's lead organizer, said people travel from around the world to come to Half Moon Bay. He said, "You know, before we made the call, my friend was at the airport, Chris Bertish, who's our 2010 champion. He said, 'Clark, man, I've got 20 minutes before they close the door, what's it gonna be?"

Bertish posted an Instagram photo of himself at the airport in Capetown, South Africa. More than 30 hours later, both he and his surfboard reached San Francisco.

Bertish is one of the two dozen big wave surfers invited to Mavericks this year.

Clark said, "We've got 24 of the best guys in the world, from Australia, Hawaii, Brazil. They're the fiercest warriors when it comes to riding big surf."

But the surfers aren't the only ones who drop everything and head this way when the call goes out.

Lucia Griggi from England is a photographer who specializes in big wave surfing. She said the event is "like a circus" with everyone trying to get a piece of the action.

She said, "I literally had about four hours to pack my stuff and get all my equipment ready to go."

She travels the same circuit around the world as the surfers, braving the same punishing waves. By Thursday afternoon she was on a jet ski surveying Mavericks as the swells rolled in, precursors of the giants to come.

Asked what it's like to look up at a wave that's 40 feet high, Grigi said with a laugh, "Pretty intense. I always think to myself, if I do get caught on the inside or you know, where I can't get out of the way, there's only one way out of it, and that's down."

Griggi, asked if she's an adrenaline junkie, said she doesn't think so, but admitted she does get "a little kick" from the wave action.

For years, surfers looked out at Mavericks' huge waves breaking a half mile off shore and figured it was too dangerous, John Blackstone reported on "CBS This Morning." Then, a 17-year-old high school kid paddled in and surfed Mavericks for the first time in 1975. Jeff Clark was that kid -- and now he's sharing it with the world.

Why? Clark said, "Because how could i keep something so big and beautiful a secret?"

By Friday afternoon, a winner will be declared. It will all be over until next year when big wave surfers will once again await the call that Mavericks is on.

"Selling you a Jaguar and giving you a Pinto": How Instagram ads dupe customers
View CBS News In
CBS News App Open
Chrome Safari Continue
Be the first to know
Get browser notifications for breaking news, live events, and exclusive reporting.