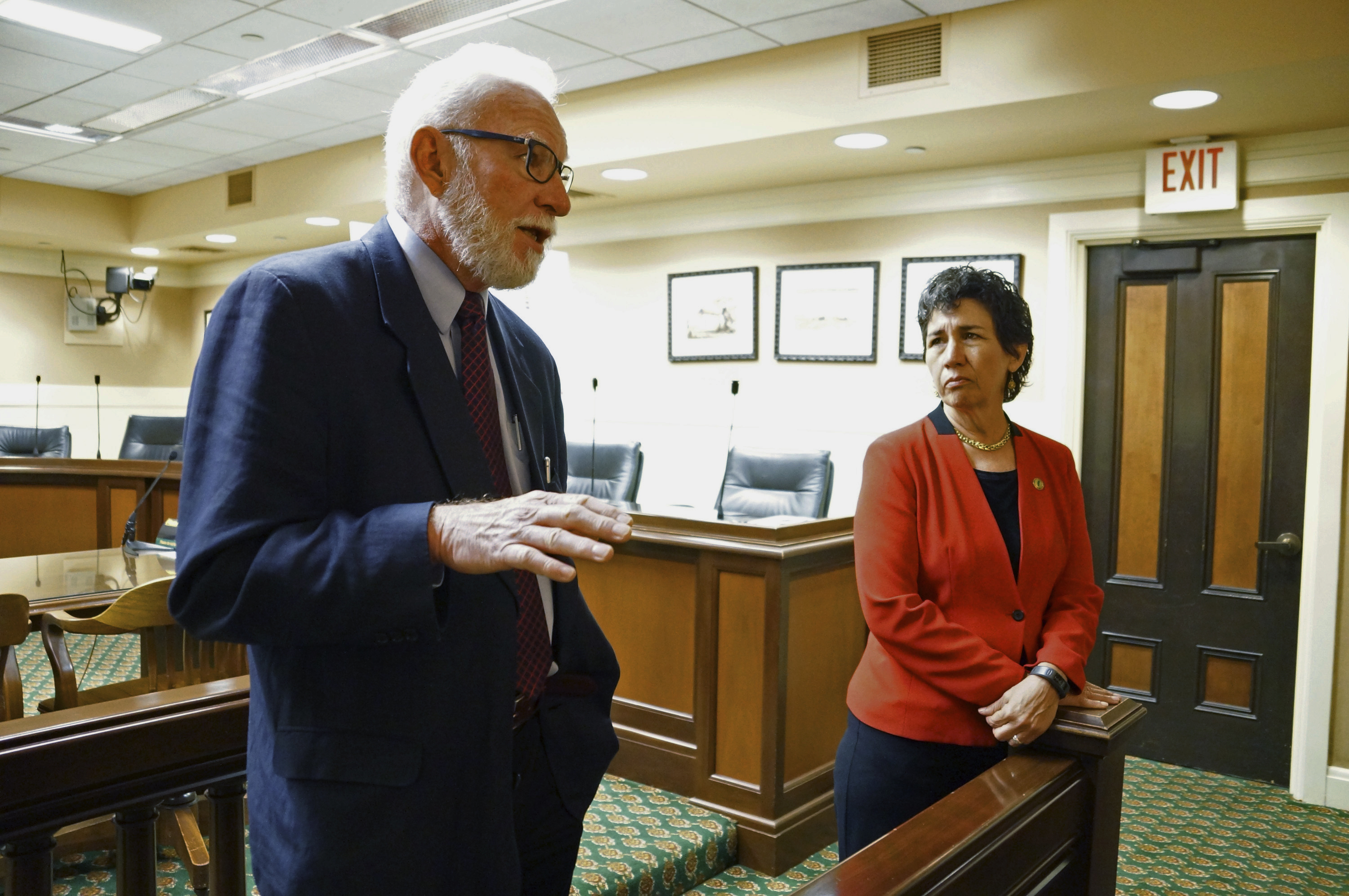 A lawmaker wants to allow California addicts to use heroin, crack and other drugs at supervised facilities to cut down on overdoses, joining several U.S. cities considering establishing the nation's first legal drug-injection sites.

The proposal introduced Tuesday comes as San Francisco, Seattle, New York City and Ithaca, New York, weigh ordinances to set up the facilities, citing the success of a site operating in Canada since 2003.

But law enforcement has opposed the move in California, saying it will worsen addiction. And lawmakers seemed reluctant to support it, postponing a committee vote.

Though federal authorities have taken a hands-off approach to states' legalization of marijuana, it's not clear how they would respond to facilities permitting users to shoot up hard drugs.

The bill from Democratic Assemblywoman Susan Talamantes Eggman would make it legal for local and state health departments to allow the use of controlled substances in clinics that would offer medical intervention.

Supporters say the facilities would reduce deaths and transmissions of HIV and hepatitis C.

"Addiction is a health care issue, and I think it's high time we started treating it as a public health issue, versus a criminal issue," Eggman said. "This bill is one step to be able to address the heroin addiction and epidemic of overdoses that we're having in our country."

Advocates of drug policy reform point to the success of North America's only supervised injection facility, established 13 years ago in Vancouver, British Columbia.

Canadian Sen. Larry Campbell, who helped establish the facility as Vancouver mayor, joined Eggman in Sacramento to support her proposal. He said the Vancouver program has reduced the number of overdoses in the city and moved drug use out of the public eye.

"The drug is illegal, but the person who's using that drug is suffering from a recognized medical disease," Campbell said. "What this does is simply treat the addiction, keep somebody alive and keep them off the streets."

The Canadian facility, which has overseen more than 2 million injections, costs $2 million a year to run, he said. In 2003, it saved the state $1.5 million in health care costs, largely due to decreased emergency room visits.

The California measure faces strong opposition from sheriffs and police chiefs concerned the facilities would encourage drug use.

"This sends entirely the wrong message regarding drug use and likely creates civil liability issues for participating governments and officials," said Asha Harris, spokeswoman for the California State Sheriffs' Association.

The supervised consumption sites would violate federal law banning certain controlled substances such as heroin, U.S. Drug Enforcement Administration spokesman Michael Shavers said. There is no official guidance from the agency on the facilities.

The "DEA focuses its resources on criminal distributors and not individual users; our focus is on eliminating the suppliers, the distributors, the larger controlled substance providers," Shavers said.

Eggman said she has not reached out to the agency about her proposal.

Republican Assemblyman Tom Lackey echoed law enforcement concerns and said California should consider how to control addiction to opioids and other prescription medications before moving toward such facilities.

"We need to discourage people, but we also need to help them," said Lackey, a 28-year veteran of the California Highway Patrol. "But I just can't support this because there's a number of problems at this stage.

"I don't think we're quite ready for this step," he said.

At least 87 drug consumption facilities existed in 58 cities around the world in 2012, according to researchers Eberhard Schatz of the Correlation Network and Marie Nougier of the International Drug Policy Consortium, citing the most recent data available.