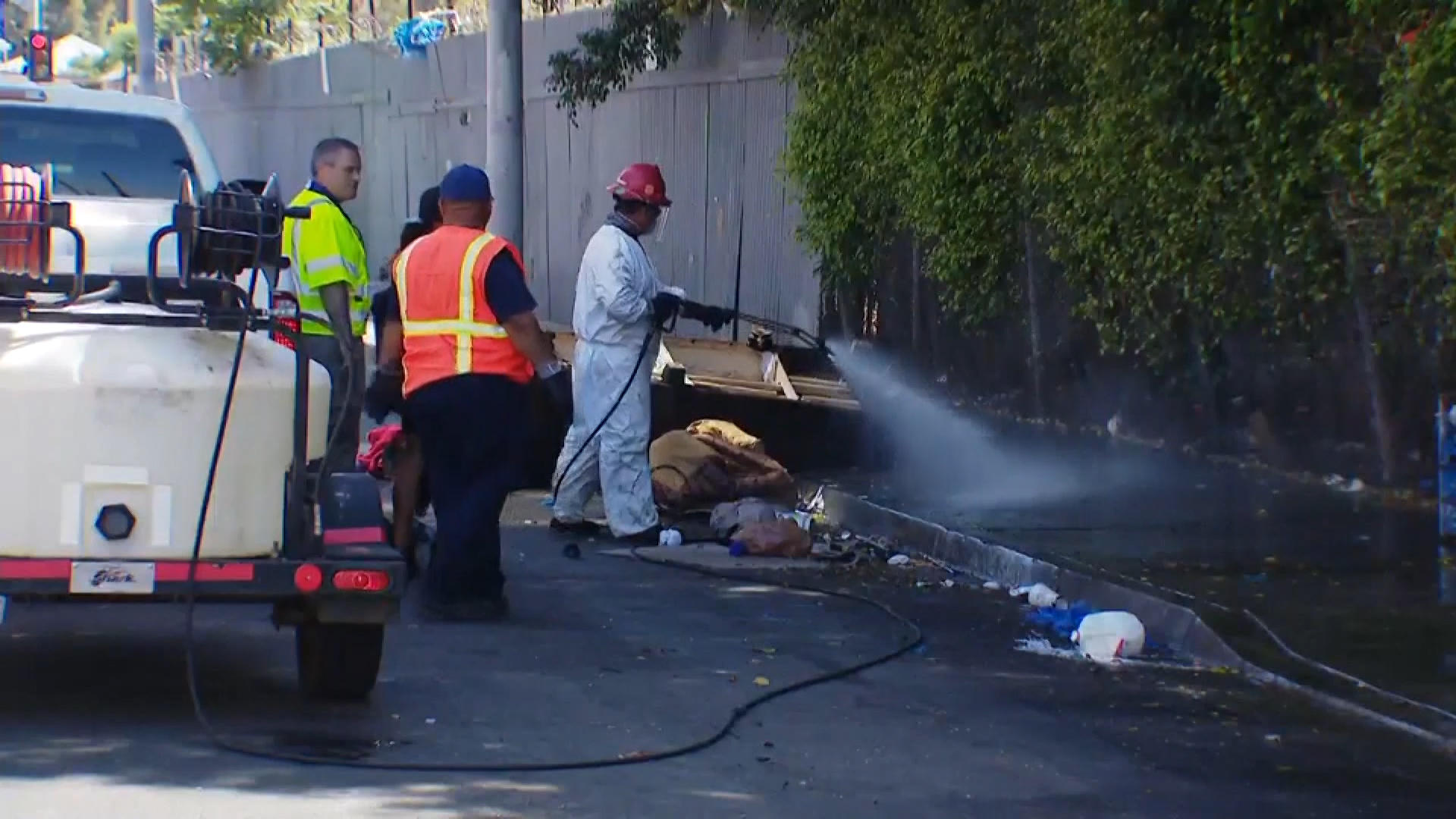 LOS ANGELES — The hepatitis A outbreak in California that has claimed 17 lives may not have peaked and could take a year or more to abate, health officials said Thursday.

People without symptoms can carry the illness, and health officials suspect that transients in San Diego County spread it through other homeless populations around the state.

More than 480 cases of the illness, including all 17 deaths, have occurred in San Diego County, which declared a public health emergency last month.

There have been 70 cases in Santa Cruz County, 12 in Los Angeles County and five elsewhere in the state, the Los Angeles Times reported Thursday, citing state and county health departments.

Some communities have begun vaccinating homeless people, but such preventative efforts may not immediately halt the outbreak.

It's not unusual for outbreaks to last more than a year, said Dr. Monique Foster, a medical epidemiologist with the U.S. Centers for Disease Control and Prevention.

Hepatitis A spreads when someone comes in contact with an infected person's feces — sometimes when hands are not properly washed after going to the bathroom or by changing diapers. The virus can then spread through food, objects, sex or sharing drug paraphernalia.

The city of San Diego has responded to the emergency by power-washing streets with bleach-spiked water and installing hand-washing stations. The city says it will open an encampment for the homeless equipped with tents, showers, restrooms, food security and social services.

Hepatitis A is a vaccine-preventable disease. Health officials say the most effective way to fight the contagious liver disease is by vaccinating at-risk populations, which include first responders, food handlers, health care professionals, service workers who interact with the homeless, workers in substance abuse programs and public transit employees, CBS affiliate KFMB reports.

Santa Cruz County has distributed nearly 1,400 doses of vaccine. However, more cases are likely because it can take up to 50 days for infected people to show symptoms, said Jessica Randolph, the county's public health manager.

"I don't think the worst is over," she told the Times.