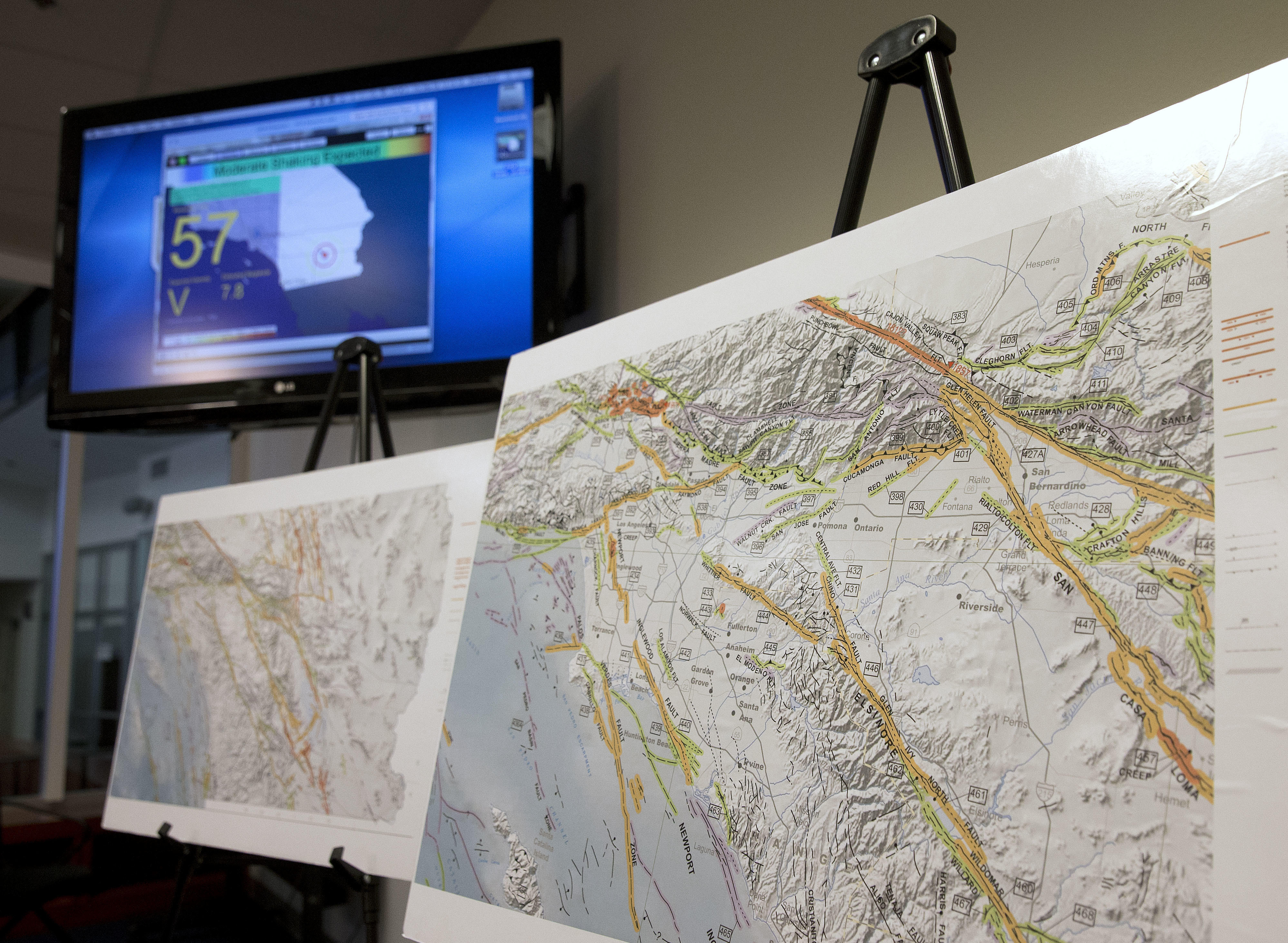 SAN DIEGO -- An earthquake fault running from San Diego Bay to Los Angeles is capable of producing a magnitude-7.4 earthquake that could affect some of the region’s most densely populated areas, according to a study released Tuesday.

The study looked at the Newport-Inglewood and Rose Canyon systems -- previously thought to be separate -- and concluded they actually form a continuous fault that runs underwater from San Diego Bay to Seal Beach in Orange County and on land through the Los Angeles basin.

The fault poses a significant hazard to coastal Southern California and Tijuana, Mexico, according to the study.

It could produce quake up to a magnitude-7.3 if the offshore segments rupture, and a magnitude-7.4 quake if the onshore segment also ruptures, according to the study by Scripps Institution of Oceanography at the University of California San Diego.

Even a moderate quake on the fault could have a major impact on the region, according to Valerie Sahakian, the study’s lead author.

“This system is mostly offshore but never more than four miles from the San Diego, Orange County, and Los Angeles County coast,” Sahakian was quoted as saying in a press release from the American Geophysical Union.

“Even if you have a high 5- or low 6-magnitude earthquake, it can still have a major impact on those regions which are some of the most densely populated in California,’’ Sahakian told CBS San Diego affiliate KFMB-TV reported.

The fault’s most recent major rupture occurred in 1933 in Long Beach and produced a magnitude-6.4 earthquake that killed 115 people.

The study looked at data from previous and new seismic surveys that included sonar studies of the offshore fault. Researchers looked at four segments of the fault that were offset -- known as stepovers -- and found the disconnections weren’t wide enough to prevent the entire offshore section of the fault from rupturing.

Researchers also looked at the onshore segment of the fault and concluded that there have been three to five ruptures in the past 11,000 years along the northern section and one quake about 400 years ago at the southern end.

Researchers at the Nevada Seismological Laboratory assisted with the study, which was funded by Southern California Edison. It was accepted for publication in the American Geophysical Union’s Journal of Geophysical Research.