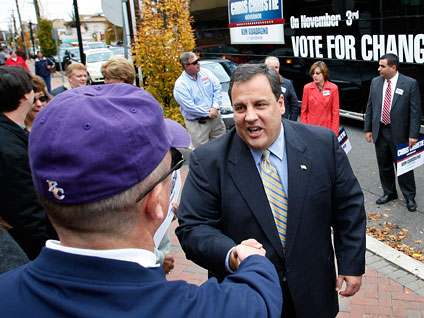 Pat Wood, chairman of the Federal Energy Regulatory Commission, said that as a result of the manipulation California would receive more than the $1.8 billion in refunds recommended by a FERC judge in December. The exact amount is to be determined in the coming months.

The FERC singled out seven subsidiaries of bankrupt Enron Corp. and five other companies for taking advantage of a dysfunctional market and reaping millions of dollars in unjust profits.

"The price gouging abounded," Commissioner William Massey said. He said he regretted that FERC did not intervene earlier to police the newly deregulated power market in California.

The agency is considering placing limits on the profits of four marketers of wholesale power and banning eight gas companies from selling natural gas in California, Wood says.

The investigation also found a close link between natural gas and electricity prices. Gas is the fuel at many power plants.

After a 13-month investigation, FERC concluded "that many trading strategies employed by Enron and other companies violated the anti-gaming provisions" of marketing rules.

"Enron manipulated thinly traded physical markets to profit in financial markets," FERC said, estimating that Enron made more than $500 million in online trading in 2000 and 2001.

FERC investigators recommended that the companies be forced to give up unfairly earned profits.

The energy crisis cost the state as much as $45 billion over two years in higher electricity costs, lost business due to blackouts and a slowdown in economic growth, according to the Public Policy Institute of California.

Shortcomings in California's energy market rules and a shortage of electricity stemming from the lack of hydropower in the Northwest in 2000 "made this fertile ground for the manipulation we found," said Donald Gelinas, who headed FERC's investigation.

The regulatory agency capped wholesale power prices across the West and instituted other changes in June 2001 that brought a quick end to the energy crisis. A FERC administrative law judge has since found that California was overcharged $1.8 billion for power.

Wood ordered an investigation in February 2002 after California officials repeatedly charged energy marketers with gouging California's utilities and its customers.

The memo indicated that other companies had similar strategies, but provided no details. Energy companies have largely denied wrongdoing.

Separately, California last week agreed to a settlement with El Paso Corp., for $1.7 billion, ending a dispute over whether the company withheld natural gas from California to drive up prices. Many California power plants use natural gas.