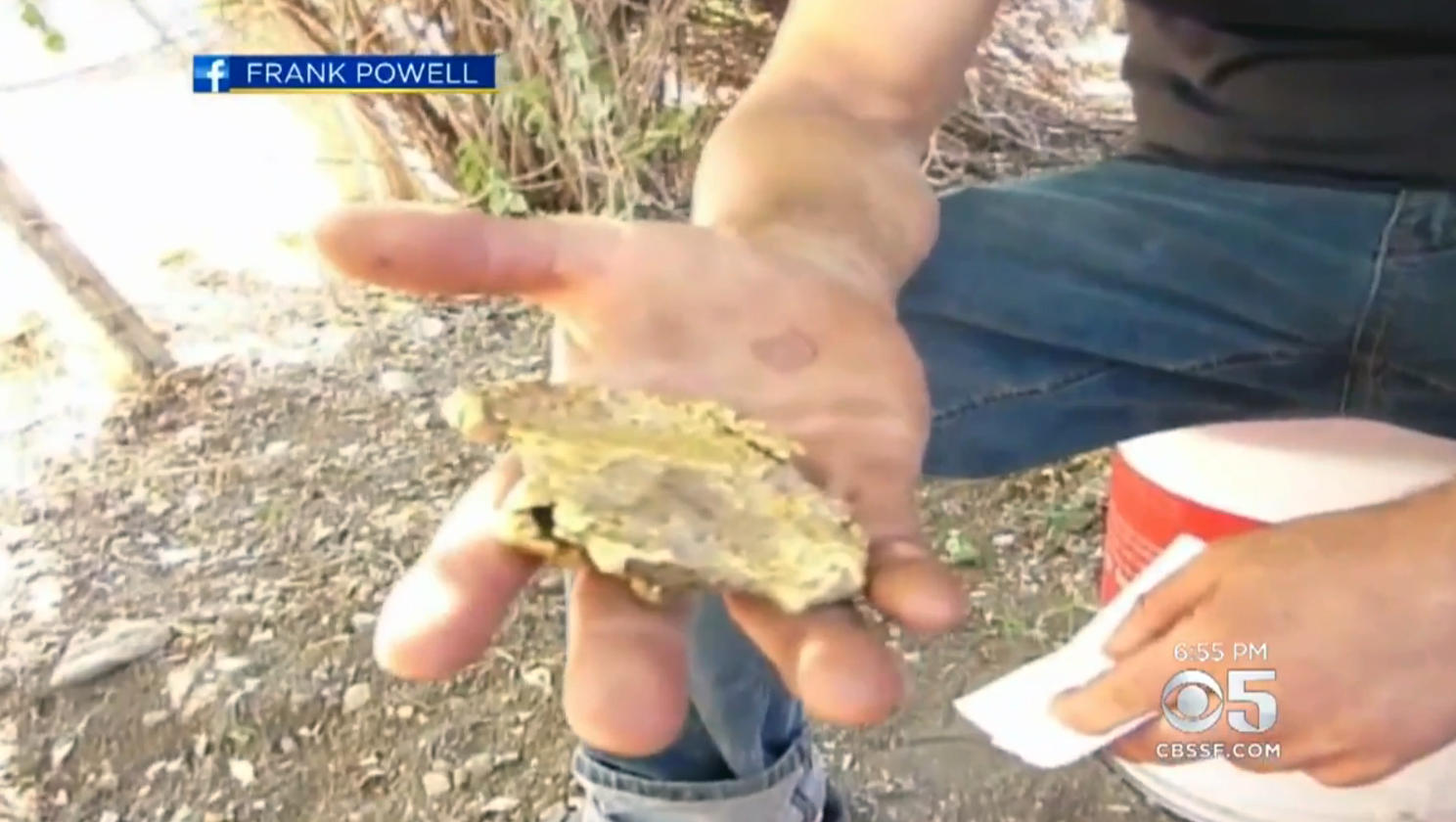 A prospector in central California found a gold nugget the size of a t-bone steak, reports CBS affiliate KPIX in San Francisco.

Now local businesses in in a little town of Jamestown, California about 60 east of Stockton, are banking on a modern gold rush.

It was Tuesday afternoon when the owner of the Jamestown Hotel got word his friend had struck gold. He was expecting to see a nugget but …

“Oh my god,” said Charlie Morgan when he first saw how big it was. “I thought that’s a lucky guy!”

The lucky friend was Oscar Espinoza of Modesto.

Espinoza told the folks at Gold Prospecting Adventures he’d been searching in nearby Woodscreek. But he didn’t say where exactly.

Owner Bryant Shock calls it a rare find that he says will spark collectors’ interest, and that could drive up the price up four or five times higher.

“It’s more valuable this way because it’s a piece of history and his meltdown is just another piece of gold,” says Shock.

Espinoza is keeping a low profile but has asked Morgan to keep it in a safe until he finds a buyer.

“He felt more secure with it being put away,” said Morgan. “The safe isn’t actually here, so nobody knows where it is.”