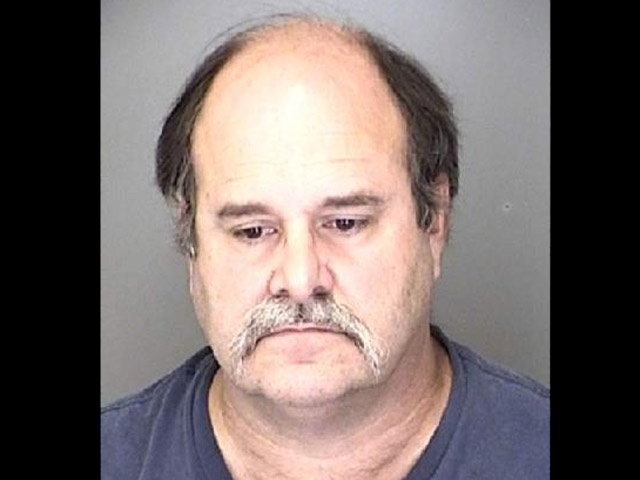 (CBS/KGPE) - A central California man has been arrested for possession of child pornography after police received a tip from two teen burglars, who they say discovered the illicit material while robbing the man's property.

Kraig Stockard, 54, was taken into police custody Monday, several weeks after he reported a burglary at his home in Delhi, according to CBS affiliate KGPE.

Investigators say a 19-year-old and a juvenile, CNN reports, stole about 50 CDs from Stockard's barn that they believed to be blank. According to KGPE, only after the robbers returned home and attempted to add music to the disks, did they discover that about 30 of the CDs had child pornography pictures and movies on them, investigators say.

CNN reports that the disks contained thousands of pornographic images and movies.

Despite the less than legal circumstances of their discovery, the two teens reported Stockard to authorities. When Stockard was brought in for questioning, investigators say, he admitted to what was on the CDs.

A search warrant was served at Stockard's home and several computers, laptops and external hard drives were seized, KGPE reports.

Investigators say it appears Stockard has been downloading child pornography since 2004. He would not admit to how much if any was on the computers and laptops that were seized from his home, investigators.

The teens who allegedly found the pornography were not arrested, reports KGPE. The Merced County District Attorney's Office is currently reviewing their case, investigators say.