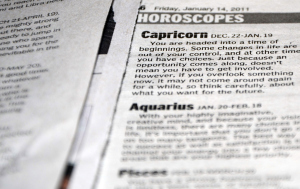 LOS ANGELES – A couple from San Fernando Valley have been charged with bilking a man out of nearly $1 million he provided to break a supposed "love curse."

April Lee, a 28-year-old psychic, and her husband, 32-year-old Michael Johnson, are now facing grand theft charges after being arrested last month in Northern California, according to the Los Angeles Daily News.

Lee and Johnson are free on bail pending a court hearing.

Authorities say the couple had promised to remove a curse that Lee claimed was keeping 25-year-old Bryan James from being with his true love.

CBS Los Angeles reports Lee and Johnson convinced James that the only way to break the course was by giving Lee money to fix it.

The couple allegedly collected nearly $927,000 over two years from James, who borrowed money from his mother and other family members.

James eventually grew suspicious and hired a private investigator who caught the pair trying squeeze $500,000 from James in a Santa Clara real estate exchange, according to CBS Los Angeles.