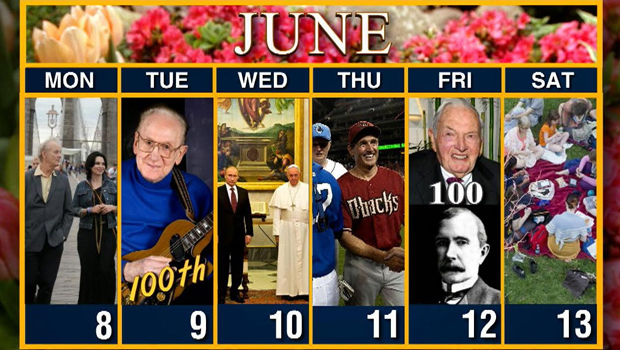 
Tuesday is the 100th anniversary of the birth of Les Paul, the inventor of the solid-body electric guitar, who died in 2009 at the age of 94.


On Wednesday, Russian president Vladimir Putin meets with Pope Francis at the Vatican.


Thursday's the day for the annual Congressional Baseball Game, which pits Democrats against Republicans to raise money for charity.


And Saturday is Worldwide Knit in Public Day, featuring events for nimble-fingered folks who endorse the slogan "Better Living Through Stitching Together."