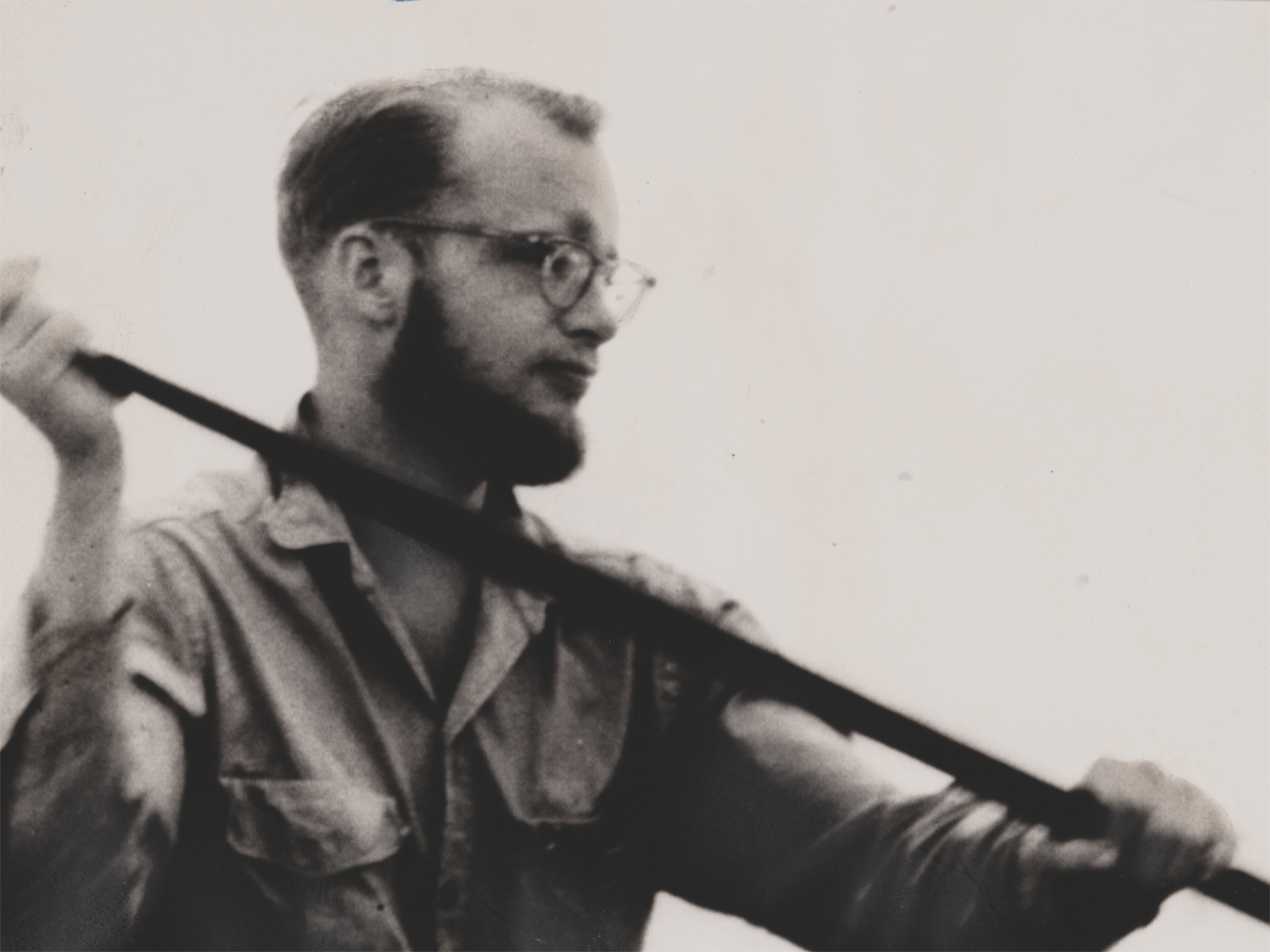 It was big news back in late 1961 when Michael Rockefeller vanished off the coast of New Guinea. The young man with the famous name was never found. But now, after more than 50 years, Jim Axelrod tells us the mystery may finally have been solved:

There are few places on Earth as remote and timeless as the jungles of New Guinea.

It is a land of endless swamp, and home to the Asmat people, who today live much as they have for 10,000 years.

It's also a place modern civilization has paid little attention to -- at least, that is, since 1961, when the eyes of the world were focused here trying to solve a mystery involving one of the nation's most prominent families: the Rockefellers.

What was it about the disappearance of Michael Rockefeller that had such a hold on the public?

"He's a member of one of the world's most affluent and powerful families, and he vanishes on the southwest coast of New Guinea -- it's like he was swallowed up in this alien world," said author Carl Hoffman.

"This is someone on the order of the Lindbergh baby disappearing without a trace?" asked Axelrod.

"Yeah, [and] in one of the world's most forbidding places."

Hoffman is a journalist who has spent the past 2.5 years trying to uncover the fate of Michael Rockefeller -- son of Nelson, and great-grandson of Standard Oil titan John D. Rockefeller, the world's first billionaire.

Hoffman said Michael Rockefeller started the Museum of Primitive Art in 1957. "It was the first museum dedicated exclusively to primitive art," said Hoffman. "And Michael had been schooled in art the way most American boys are schooled in baseball.

"And he graduated from Harvard and he wanted to do something different. I think he was an artistic soul. He didn't want to just go to work in banking or finance. And he lit out for Asmat and for New Guinea."

Just 23, Michael traveled village to village in what was then a Dutch colony.

He took hundreds of photographs, and collected a stunning array of artifacts, including the ceremonial "bisj" poles, canoes, and other pieces still on display in the wing named for him at New York's Metropolitan Museum of Art.

"He was passionate about art," said Hoffman. "His journals reveal a seriousness. I mean, he was really trying to untangle the mystery of Asmat art and the meaning of these things."

But on November 18, 1961, he was travelling in an open boat with Dutch anthropologist Rene Wassing, when tragedy struck. It wasn't a storm; the sun was shining. But Hoffman said they were hit by waves: "A wave swamped the engine, engine went out. They drifted a little while. But with no power, they were captive to the waves. They flipped over."

Mary Morgan (born Mary Rockefeller) is Michael's twin sister. She's been long haunted by the memory of when her father walked in to break the news.

Her first reaction was that Michael had died: She remembered having a premonition before Michael left.

"The boat in Sepik Valley in which they were traveling was seen drifting out to sea," Nelson Rockefeller said. "So I'm heading out there with my daughter so's to be there. Hopefully they'll find him before we get there, but to be there when they find him. So if there's anything we can do, we will."

By the time Mary and her father arrived in New Guinea, Michael's companion, Rene Wassing, had been rescued. He recounted how Michael had strapped two empty gas cans around his waist and swam for shore.

"I told Michael I wouldn't dare because I would be exhausted," Wassing said at a press conference. "And he said, 'Well, I think I can make it.'"

Despite an exhaustive search, no trace of Michael Rockefeller was ever found.

Axelrod asked Morgan, "What do you think happened to your brother?"

"I don't know -- I mean, honestly I could not tell you for sure, but I think it would be an extraordinary feat for a young man, for anybody, to swim approx 10 miles in that choppy water and that current," she said.

But while the official story for more than half a century has been that Michael Rockefeller drowned, Hoffman believes he died another way.

"I'm absolutely convinced that he was killed by the Asmat," he told Axelrod. "I'm 100 percent convinced. There's no doubt in my mind."

At the renowned Explorers Club in New York City, Hoffman explained to a rapt audience what his research uncovered -- the subject of his new book, "Savage Harvest." Shortly after Michael Rockefeller's disappearance, Asmat tribesman told Dutch missionaries an astonishing story:

"Swims away, swims through the night," recalled Hoffman, "and the next morning arrives at shore. And encounters a large group of men from Otsjanep, the worst village possible. And he's killed right then and there."

Rockefeller was killed by the villagers, Hoffman claims, in retribution for the killing years before of Asmat tribesmen by Dutch forces trying to establish control of the area.

"What you have to understand is that Asmat were constantly fighting each other," said Hoffman. "And they lived in a world in which one death required another in order to balance the world. One death had to be balanced by another. It carried a sacred obligation."

And here's where the story of Michael's final hours takes a disturbing twist: "I don't think Michael had any idea of the danger awaiting him," Hoffman said. "They were cannibals. But they didn't kill someone and eat them because they were hungry; they killed for complex ceremonial and sacred reasons."

The missionaries who first heard of Michael's true fate back in 1961 reported it all to their superiors, but Hoffman says the Dutch government and the church buried the documents.

"We're not talking about my opinion; the documents show there was a coverup," he said. "The docs say, 'Don't tell Nelson Rockefeller about this. Say nothing. Mark it secret.'"

But while the new research is a revelation for some, for Michael's sister Mary, it's something quite different.

"To many who read this book, it's a sensational whodunit about a wealthy, famous family whose twin is portrayed as being killed and cannibalized," Mary Morgan told Axelrod. "To us, Michael's death is traumatic and real."

Mary Morgan has spent her adult life struggling to come to terms with the death of her twin, a process she recounts in her new book, "When Grief Calls Forth the Healing." She's speaking for the first time now, so people will remember her brother Michael the way she remembers him.

Axelrod asked, "Has the story of who your brother was been overshadowed by how he died?"

"Oh, yes, in the public's mind? Absolutely," she replied. "And it's one of the reasons I wanted to accept your invitation to come here today, because I think Michael's short life had tremendous meaning, to his friends and his family, but his short life also has tremendous meaning to so many others. His papers, his beautiful photographs, and his amazing art collection shows respect for the Asmat people, who are so much bigger than this idea of cannibalism.

"That is his legacy."