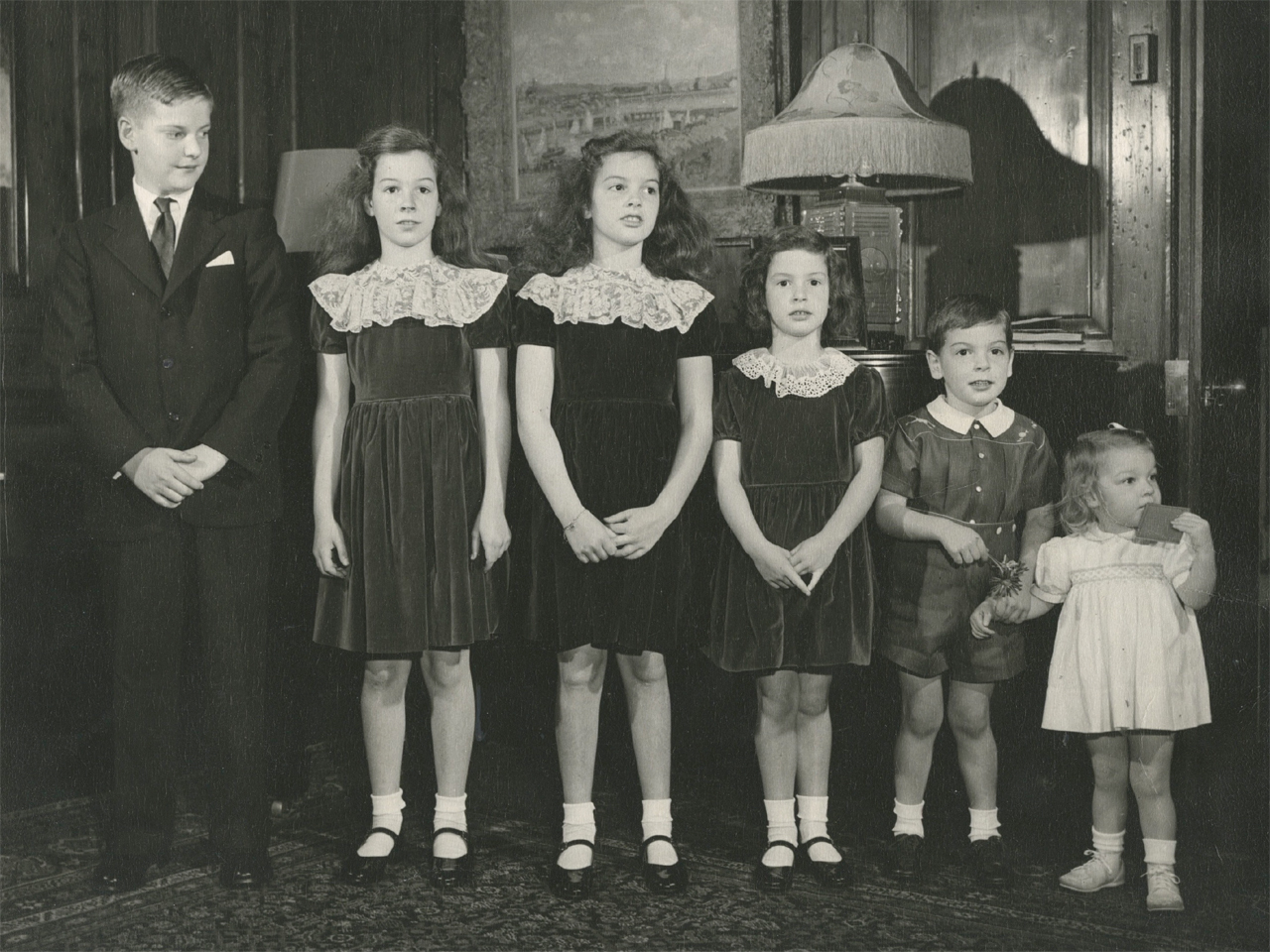 (CBS News) The question WHAT'S IN A NAME is no idle question for anyone born with a very famous one. Just ask the woman Mo Rocca tracked down on her own home turf:

Ah, the life of a Rockefeller. All a child could ever want, or so it would seem . . .

Eileen Rockefeller showed Mo Rocca a photograph taken of her when she was about two. "One of my favorite pictures of me . . . I was just kind of like this, reaching out."

"What was the two-year-old Eileen Rockefeller saying in that picture?" Rocca asked.

"Hello, somebody! Come play with me," she sighed.

A little girl who just wanted someone to play with.

You could say it's the theme of a new book by Eileen Rockefeller, a rare inside look at growing up as part of one of the country's wealthiest and most powerful families.

Her great-grandfather was John D. Rockefeller, Sr., the founder of Standard Oil . . . and America's first billionaire.

Eileen's father was David Rockefeller, who ran Chase Manhattan Bank. He gave her a name to be proud of . . . and a name that could inspire dread.

She writes that being a Rockefeller filled her with gratitude and anxiety.

"Well, the two go hand-in-hand, just like opportunity [and] obligation," she said. "And there are enormous opportunities and gifts of huge abundance in being a Rockefeller. And ironically, all of us have also experienced scarcity.

"But it's not scarcity of money. It was scarcity of attention, scarcity of time. Because with a very busy family, busy parents, there is a lot going on. And with six children, less time to spend with each of us."

Eileen, the youngest of six, says her parents were so busy being, well, Rockefellers, that she never got enough time with them. Her older siblings often ignored her.

Problems plenty of kids have, sure. But most of them don't have that name.

She told Rocca that when roll call was read in school, "I wish I could have hidden under my desk. My hands were always sweaty, but that's what it is."

And then there were the questions from other kids.

"Really? Well, that's amazing," said Rocca. "Well then, can I ask you, as a journalist, how much money do you have?"

"Is it more like Powerball money, or more like Mega Millions? I'm kidding you, I'm joking with you," Rocca said.

"Get out of here!" she laughed.

Rocca visited the Rockefeller family compound in Maine, where he joined Eileen and her father for a carriage ride.

David Rockefeller is now 98 years old -- the last of his generation. The trails they rode were laid out right after World War I, almost a hundred years ago, by his father.

"They were built by Father," David Rockefeller said. "He loved riding and he went driving every day really, except Sundays, when he was up here."

Eileen says her father -- when they did spend time together -- passed on a love of the outdoors.

"I'm guessing that seeing your children appreciate nature is something that you're very proud of?" Rocca asked David.

"It gave me extra satisfaction that we could go out and enjoy looking out in the woods and the fields and finding beetles, and be able to tell them a little about them," he replied.

Did he say "beetles"? That's a part of the family history that Eileen treasures.

Her father collected some 150,000 beetles in his life, starting at age nine. They're all safely tucked away at his house north of New York City.

Eileen showed Rocca the Beetle Room. "Now, don't be scared, some of them are big. But they don't move any longer."

"Whoa, these are, like, 'Jurassic Park'-sized," Rocca said. "They're gorgeous."

Eileen's own house is on an estate in Vermont. It's not too shabby. She and her husband Paul raised two sons there: Adam and Danny. She spends much of her time on philanthropy; one of her current causes is fighting global warming.

Many in her generation of Rockefellers are busy giving away chunks of that family fortune.

"Eileen, you know a lot of people are going to be watching this saying, 'I wish I had her problems,' " said Rocca.

"Yes," she sighed. "There is no question that the privileges have way outweighed the responsibilities, the difficulties. But where I think I feel common ground with everybody watching is that we all suffer from something growing up. And it doesn't matter if we have money or don't have money; we suffer in our own ways. And the net worth of our bank account is not nearly so important, ultimately, as the self-worth."

And her sons, Adam and Danny, believe their mother has found her place in life.

"I think through the process of writing these stories and the process of becoming comfortable sharing her own experiences, she's discovered through that process who she is," said Danny Growald, "not only as an individual but in relation to all of her siblings."

Her father seems to agree.

When asked by Rocca "how great is it" that his daughter wrote her book, David Rockefeller replied, "I'm very proud of her for that, as well as many other things."