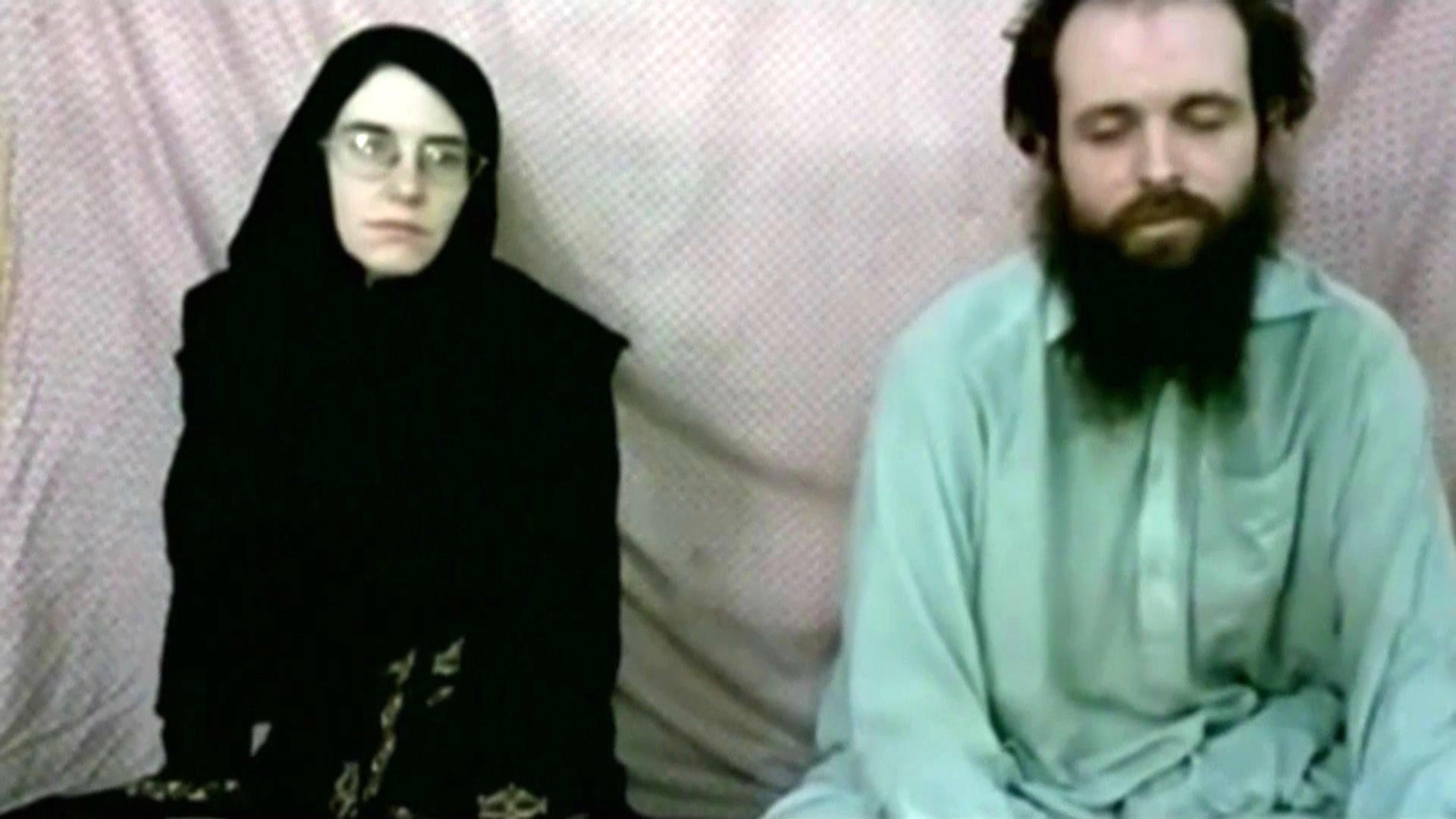 American Caitlan Coleman and her Canadian husband Joshua Boyle have left Pakistan, according to reports Friday morning by the Associated Press and BBC News, both citing Pakistani officials. BBC News, a CBS News partner, reported that the family was on a flight bound for London, but their final destination remained unclear.

The couple were freed this week after being kidnapped while backpacking in Afghanistan in 2012 and held by the powerful Taliban-linked Haqqani network.

Coleman's parents say they are elated, but also angry at their son-in law for taking their daughter to Afghanistan.

"Taking your pregnant wife to a very dangerous place, to me, and the kind of person I am, is unconscionable," Coleman's father, Jim, told ABC News.

As the couple and their three young children -- all of whom were born in captivity -- came to realize life after captivity, details of their harrowing experience began to emerge on Thursday.

The Toronto Star reported that Boyle had spoken to his parents after his release and told them he'd been in the trunk of the kidnappers' car with his wife and children when Pakistani forces rescued them. He told the paper there was a shoot-out and that the last words he heard from the kidnappers were, "kill the hostages."

The paper writes that all five kidnappers were shot dead and that Boyle was injured by shrapnel.

"Josh said he was doing pretty well for someone who has spent the last five years in an underground prison," his father, Patrick, told the paper. CBS News' David Martin reports that U.S. officials could not confirm the account that Boyle described to the Toronto Star.

"They were essentially living in a hole for five years," Kelly said.

The U.S. sent a C-130 transport plane to Pakistan to get the family out of the country on Thursday, but Boyle declined to board, a White House official told Martin. Boyle's family called him and tried to persuade him to board the plane but were unsuccessful, reports CBS News' Margaret Brennan.

Boyle's father said his son did not want to board the plane because it was headed to Bagram Air Base and that the family wanted to return directly to North America. Another U.S. official told the AP that Boyle was nervous about being in "custody" given his family ties.

He was once married to Zaynab Khadr, the older sister of former Guantanamo Bay detainee Omar Khadr and the daughter of a senior al-Qaida financier. Her father, the late Ahmed Said Khadr, and the family stayed with Osama bin Laden briefly when Omar Khadr was a boy.