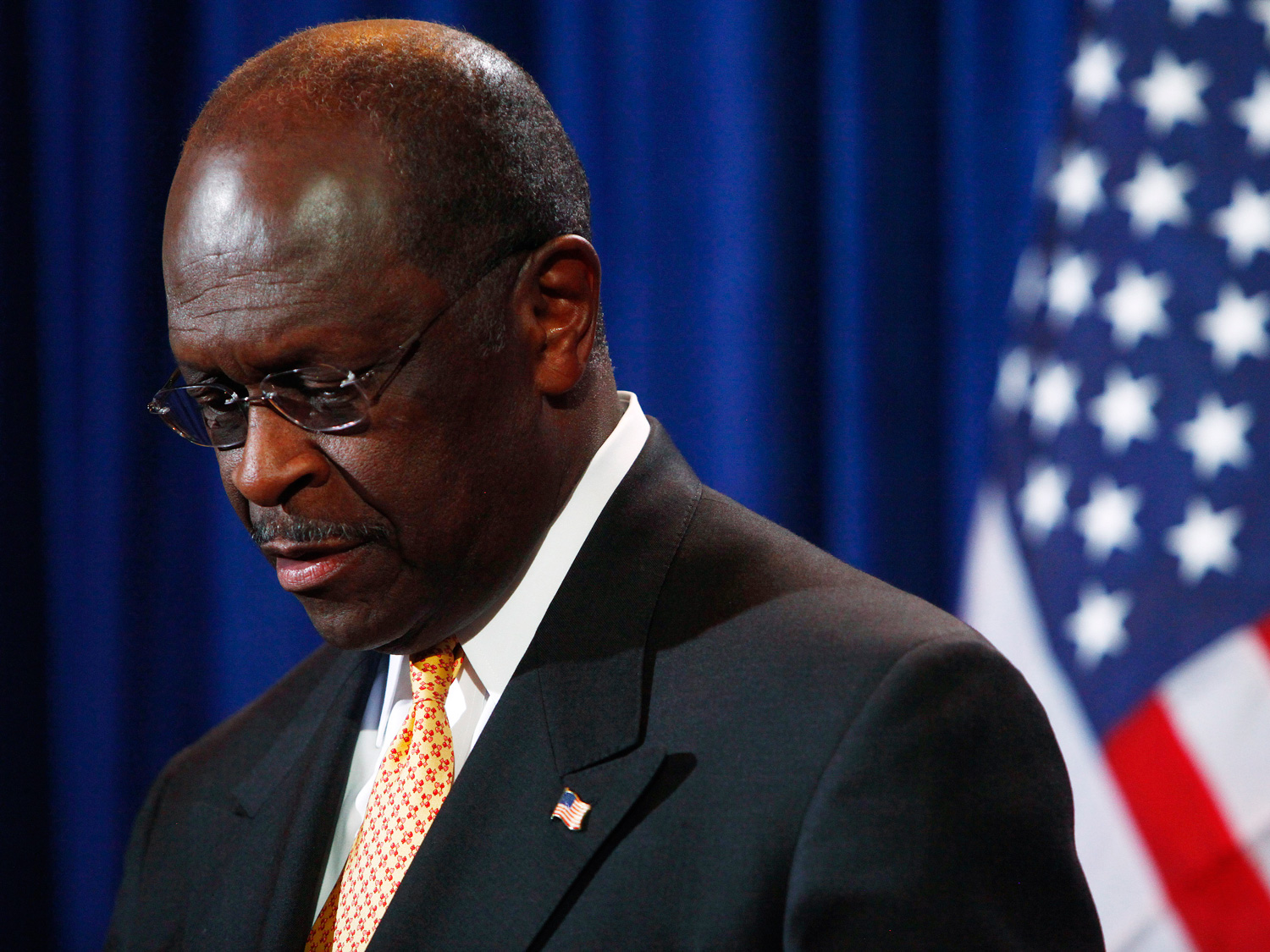 Herman Cain revealed Thursday that his relationship with Ginger White -- who he characterizes as a "friend" to whom he gave money for "month-to-month bills and expenses" -- was unknown to his wife Gloria until Monday, when White came forward accusing the Republican presidential candidate of a 13-year-long extramarital affair.

In an interview with New Hampshire's Union Leader, Cain acknowledged that Gloria "did not know that we were friends until she (White) came out with this story."

In a Monday interview with Atlanta's FOX 5 News, White alleged that she had an ongoing affair with Cainstarting in the late 1990s, when Cain was president of the National Restaurant Association, until about eight months ago - right before he started running for president. White showed reporters cell phone bills showing more than 60 calls or text messages - including in the early-morning and evening hours - from Cain's private cell phone number.

The former Godfather's Pizza CEO acknowledged that he and White had been friends, but has flatly denied having had an affair with her.

To the Union Leader, Cain said that White texted him "asking for financial assistance" because "she was out of work and had trouble paying her bills and I had known her as a friend."

"She wasn't the only friend who I had helped in these tough economic times, and so her messages to me were relating to 'need money for rent' or whatever the case may be. I don't remember all the specifics," Cain said.

He said that in his own texts to White, of which there were reportedly 17 between Oct. 22 and Nov. 18, Cain would ask questions like "What are you doing to get a job?"

Cain has said that he is "reassessing" whether or not to stay in the race for the Republican presidential nomination, and has acknowledged that the decision will largely hinge on family considerations. In an interview with Fox News on Wednesday, Cain said his family had been "hurt" by White's allegations, and said they had a "very damaging effect" on his wife emotionally.

"My wife now knows," Cain said Thursday. "My wife and I have talked about it and I have explained it to her. My wife understands that I'm a soft-hearted giving person."

He added that Gloria Cain "is comfortable with the explanation that I told her" -- but that he will drop out of the race if his wife asks him to.

"But my wife wouldn't ask me to get out," Cain said. "I would make a decision based on how all of this stuff is affecting her, because I will put her first," he said. "But she's not the type to say, 'You ought to get out.'"

Still, he allowed that, "Yes, getting out is an option."

Nevertheless, in a Thursday meeting at the Iowa headquarters, Cain chief of staff Mark Block indicated that the campaign was moving "full steam ahead" and that Cain is "in it to win it."

Cain reiterated in his interview with the Union Leader the suggestion that nefarious political forces were behind White's accusations.

When asked who specifically who he thought might have an interest in preventing him from getting the nomination, Cain pointed to "a tendency" on both sides of the aisle.

"I believe some of them are Democrats and there might be some Republicans," Cain said. "I don't fit the traditional paradigm. So, when I say 'they,' it's not just one side of the aisle. I believe there is a tendency on both sides of the aisle," he said.

"And one of my objectives is to clear my name and my reputation," he added. "One of the things that I have learned in this situation is that running for President has become a very dirty game. It's a dirty game - OK?"