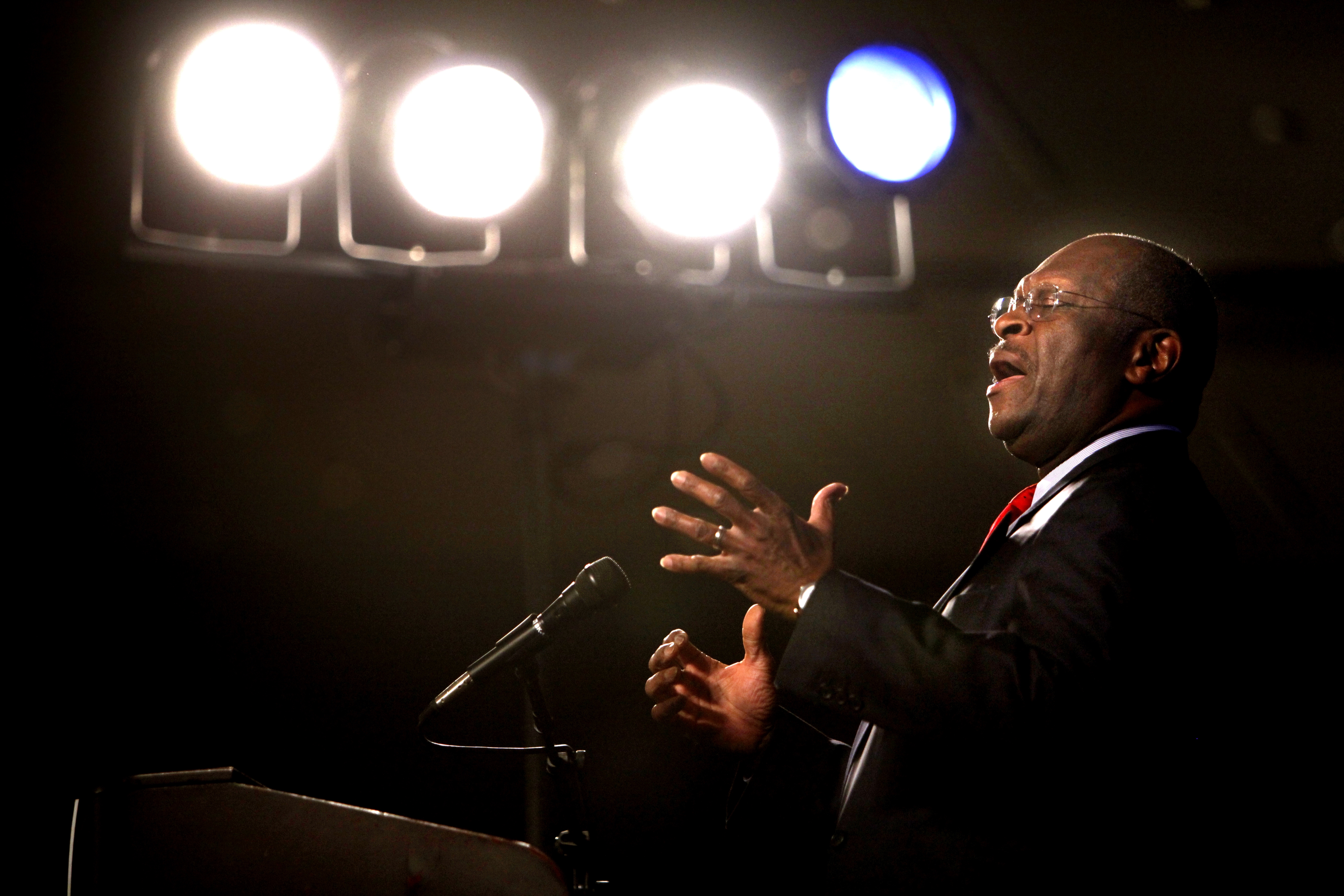 In a novel attempt at lowering expectations, Republican candidate Herman Cain told an interviewer recently that he plans to simply answer "I don't know" if he is asked "gotcha" questions by reporters covering his campaign for president. "I'm ready for the 'gotcha' questions and they're already starting to come," Cain said. "And when they ask me who is the president of Ubeki-beki-beki-beki-stan-stan, I'm going to say you know, I don't know. Do you know?"

Cain made his remarks in an interview aired Monday with journalist David Brody of the Christian Broadcast Network. In the interview, Cain also compared himself to Moses when God sent him into Egypt to lead his people to the promised land.

In the interview, Brody asked Cain, who has rocketed to top-tier status in recent polls: "Are you ready for the gotcha questions that are coming from the media and others? Like, who's the president of Uzbekistan? It's coming, all of this stuff. And how are you dealing with that?"

Cain replied, "I'm ready for the 'gotcha' questions and they're already starting to come. And when they ask me, 'Who is the president of Ubeki-beki-beki-beki-stan-stan?' I'm going to say you know, 'I don't know. Do you know?' And then I'm going to say, 'How's that going to create one job?' I want to focus on the top priorities of this country. That's what leaders do.

"They make sure that the nation is focused on the critical issues with critical solutions," Cain said. "Knowing who is the head of some of these small insignificant states around the world, I don't think that is something that is critical to focusing on national security and getting this economy going. When I get ready to go visit that country, I'll know who it is, but until then, I want to focus on the big issues that we need to solve."

In another portion of the interview, Cain said his belief in God led him to run for president. "God's been in this from the beginning because when I first started to feel that I needed to consider running I did a lot of praying," he said. "I felt like Moses when God said, 'I want you to go into Egypt and lead my people out.'"

After criticism from fellow Republicans that he has spent more time hawking his new book than campaigning among prospective voters recently, Cain blamed the media, saying, "When the media starts writing me checks to my campaign, I'll let them write my campaign strategy. Here's the deal. We've been to Iowa 24 times since the beginning of the year. We have a very solid staff in Iowa. We've got a solid base of support in Iowa. I'm planning to go back to Iowa."

Brody's interview with Cain was conducted Friday at the Values Voter Summit, a gathering of Christian conservatives in Washington D.C. over the weekend.