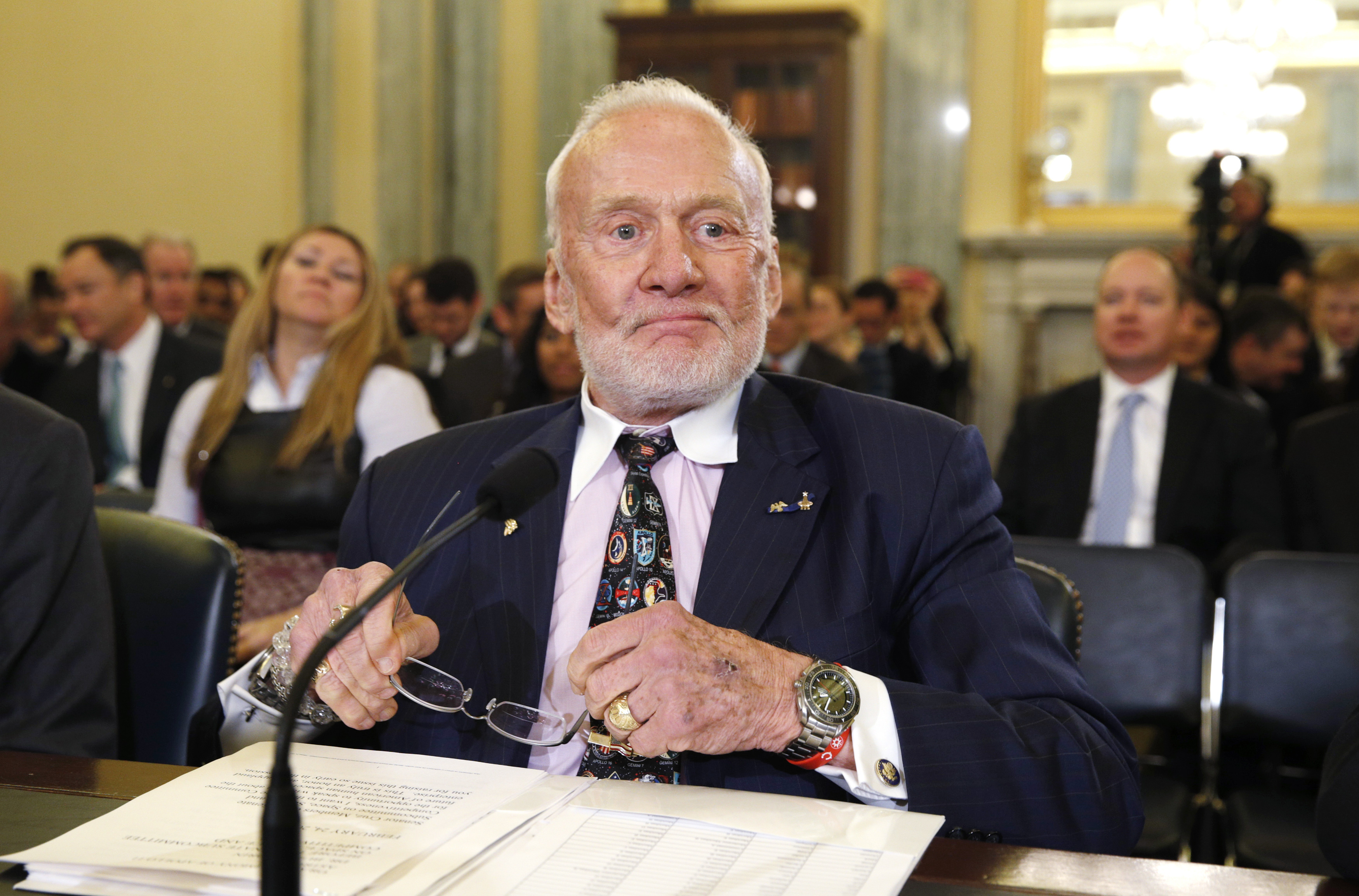 Buzz Aldrin, the second man to walk on the moon, thinks that mankind's next big objective in space should be to colonize Mars. Speaking at an event at the Science Museum in London, Aldrin projected that by 2040, Earthlings will set foot on the Red Planet, making way for an eventual space colony.

The astronaut, who set foot on the moon as part of the Apollo 11 mission in 1969, said that getting to Mars would be the "easy part." Actually being able to sustain human life and establish a fully functioning colony would be the real challenge.

"I look at where we were 47 years ago, leading the world in space exploration, having six landings on the moon -- no one has done anything like that ever since," Aldrin said, lamenting the drop-off in human space exploration in the past few decades.

This isn't the first time that Aldrin has predicted that Mars colonization is next great frontier in space exploration. In fact, he has been advocating for sending humans to Mars since 1969. He's written about it in his book "Mission to Mars: My Vision for Space Exploration" and children's book, "Welcome to Mars." Last fall, he told CBS News' Face the Nation that "growing public apathy" and the enormous cost required to send humans to Mars have contributed to stalled efforts to send people to the Martian surface.

At the event in London on Sunday, Aldrin (wearing a "Destination: Mars" t-shirt) proposed a "perpetual, continuous cycling between Earth and Mars ... it gets more economical that way." The goal, he said, is "to occupy Mars -- not just visit and come back, but to keep Mars occupied. You go and you stay, and other people go, and you may come back."

He also discussed the mental toll that colonizing the planet could have on future space explorers. He said it would take a specific kind of individual to commit to settling on another planet for the rest of his or her life.

"I can see people making that decision. That's the most important thing," he said. "But I can also see things getting a little tough and they regret the decision and their functioning going down and that being disruptive to people."