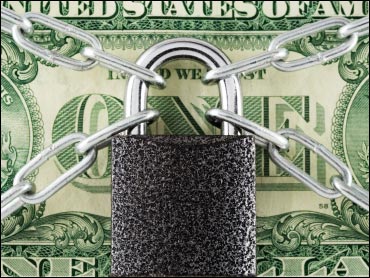 It was a rough year for Ponzi schemes in the United States. In 2009, the recession unraveled nearly four times as many of the investment scams as fell apart in 2008, with "Ponzi" becoming a buzzword again thanks to the collapse of Bernard Madoff's $50 billion plot.

Tens of thousands of investors, some of them losing their life's savings, watched more than $16.5 billion disappear like smoke in 2009, according to an Associated Press analysis of scams in all 50 states.

While the dollar figure was lower than in 2008, that's only because Madoff - who pleaded guilty earlier this year and is serving a 150-year prison sentence - was arrested in December 2008 and didn't count toward this year's total.

In all, more than 150 Ponzi, or pyramid, schemes collapsed in 2009, compared to about 40 in 2008, according to the AP's examination of criminal cases at all U.S. attorneys' offices and the FBI, as well as criminal and civil actions taken by state prosecutors and regulators at both the federal and state levels.

The 2009 scams ranged in size from a few hundred thousand dollars to the $7 billion bogus international banking empire authorities say jailed financier Allen Stanford orchestrated, as well as the $1.2 billion scheme they say was operated by disbarred Florida lawyer Scott Rothstein. Both have pleaded not guilty.

While enforcement efforts have ramped up - in large part because of the discovery of Madoff's fraud, estimated at $21 billion to $50 billion - the main reason so many Ponzi schemes have come to light is clear.

"The financial meltdown has resulted in the exposure of numerous fraudulent schemes that otherwise might have gone undetected for a longer period of time," said Lanny Breuer, assistant attorney general for the U.S. Justice Department's criminal division.

A Ponzi scheme depends on a constant infusion of new investors to pay older ones and furnish the cash for the scammers' lavish lifestyles. This year, when the pool of people willing to become new investors shrank and existing investors clamored to withdraw money, scams collapsed across the country.

"Some portion of the investors in the Ponzi scheme always get the short end of the stick and do not get paid," said Elizabeth Nowicki, a former Securities and Exchange Commission attorney who now teaches law at Boston University.

Even those who say they did their homework before investing ended up losing everything.

Finding none, the 63-year-old from Jacksonville, Florida, invested his $270,000 savings - money that has since evaporated after federal regulators shut down what they've called an elaborate, $190 million Ponzi scheme.

"I tried to do my level of due diligence," Annis said. "How could I be duped like this after years of investing?"

Ponzi schemes, named for infamous swindler Charles Ponzi, are extremely simple: Investors attracted by promises of high profits are paid with money from an ever-increasing pool of new investors, with the scammer skimming off the top. Sometimes the investments are at least partially legitimate but more often are completely fictional. There's no reserve fund for lean times, or for when droves of investors start demanding their money.

Ponzi himself was an Italian immigrant who concocted a scheme in 1919 involving bogus investments in postal currency. He cheated thousands of people out of $10 million, eventually going to jail for wire fraud before being deported back to Italy in 1934.

Eighty years after his scheme, federal statistics paint the picture of a Ponzi nation:

Many of the 2009 cases have yet to head to trial. In its tally, the AP counted schemes in which prosecutions were initiated or in which regulators filed civil cases in 2008 and 2009.

The Justice Department does not have totals of how many people were convicted in Ponzi schemes for either year, or for previous years.

Experts believe the recession was the main reason for the collapse of so many Ponzi schemes, though the Madoff case brought greater regulatory scrutiny and heightened public awareness. More people are inclined to raise questions when things don't look right.

"We do get a lot more questions from investors now," said Denise Voigt Crawford, Texas Securities Comissioner. "They are really worried about Ponzi schemes. That's a good thing."