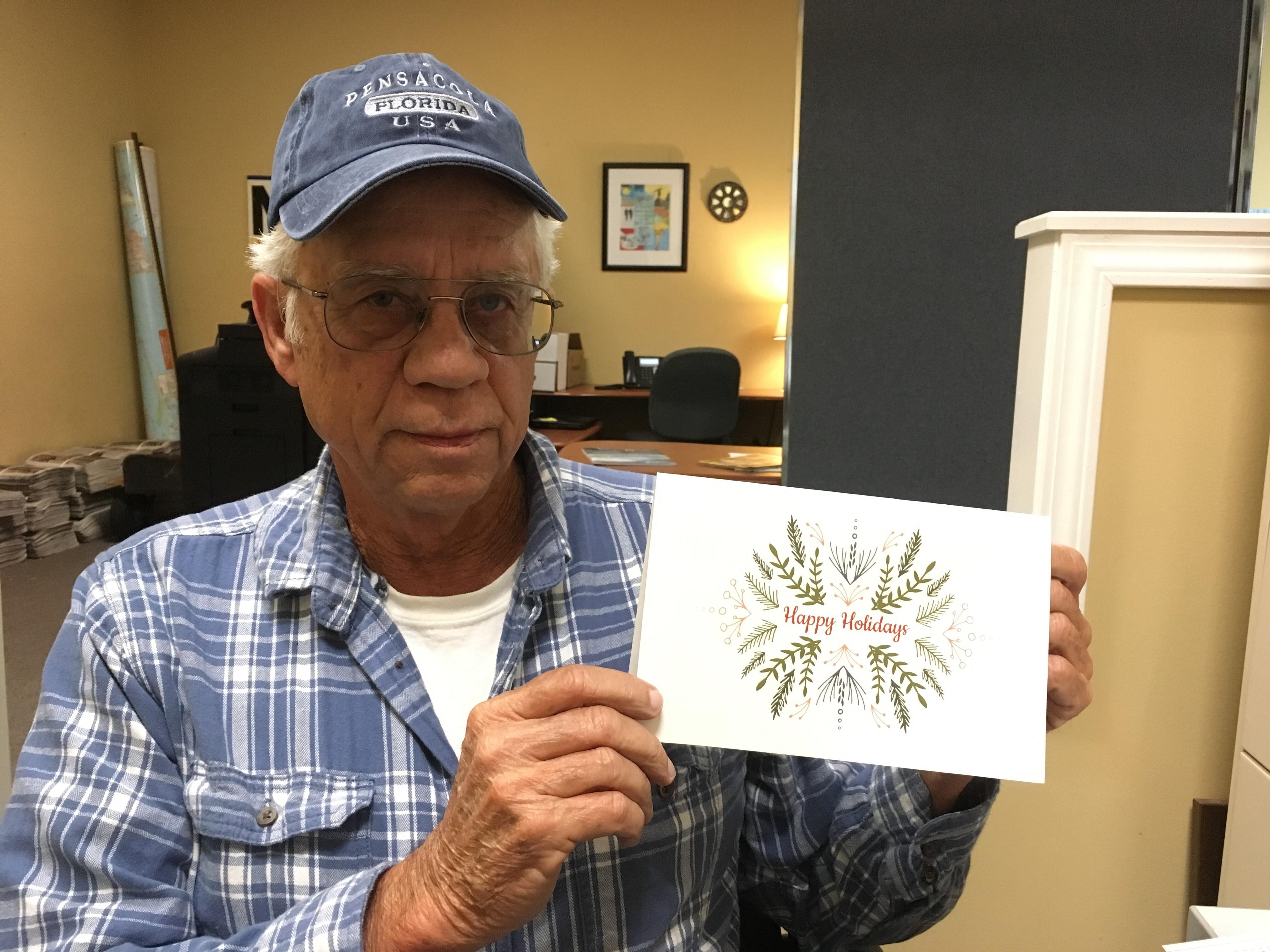 Mike Esmond knows what it's like to struggle, especially during the holidays. Thirty-seven years ago, he had to choose which bill not to pay. In Florida, he chose the heat.

"That was a big mistake, because we had the coldest winter we ever had in history where it got to six degrees. I mean, we had ice in the house," Esmond said.

The 74-year-old, who found financial security only a few years ago with his own company, never forgot his struggle. So last year he went to City Hall and cleared the delinquent accounts of 36 families. It cost him $4,600.

This year, the need is even greater. On top of the coronavirus pandemic, Hurricane Sally ripped through the area in September. So he did it again — he paid $7,615 to clear 114 overdue accounts.

"I don't know of a better way of helping someone out at Christmas time other than paying their bill that they're going to be disconnected on," Esmond said.

Instead of getting a disconnection notice in the mail, the families received a card that said, "Your past due utility bill has been paid by Gulf Breeze Pool & Spas. You can rest easier this holiday season knowing you have one less bill to pay."

Kimberly Haywood, who has two young sons, had her sewer bill paid off after her partner was laid off from a restaurant that closed. Now she can buy Christmas gifts.

"It was a total shock. I was just totally amazed," Haywood said. "Truly a blessing."

Seattle's Space Needle provides out of this world NYE experience