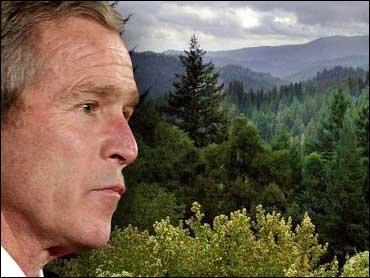 Managers of the nation's 155 national forests will have more leeway to approve logging and other commercial projects with less formal environmental review under a new Bush administration plan, The Associated Press has learned.

The long-awaited plan will overhaul application of the landmark 1976 National Forest Management Act, which sets the basic rules for management of nation's 191 million acres of forests and grasslands and protects forest wildlife.

Forest Service officials scheduled a Wednesday conference call to announce the changes, which will be published in the Federal Register next week. The Associated Press obtained highlights of the plan, which goes into effect following publication.

The rules would leave intact some of the most contentious proposals from an earlier version released last year. Like that version, the final plan gives regional forest managers more discretion to approve logging, drilling and mining operations without having to conduct formal scientific investigations known as environmental impact statements.

Such analyses, which outline the impact of a proposed activity on plant and animal life, can take years to complete. The new rules envision a more flexible approach that could be completed in months.

"We really have a process that takes way too long — that really isn't as responsive to the system as it should be," said Sally Collins, associate chief of the Forest Service.

Collins said the new approach could cut costs by as much as 30 percent.

Environmentalists had not seen the new rules Wednesday, but said an earlier version catered to the timber and paper industries and weakened standards for protecting endangered or threatened species.