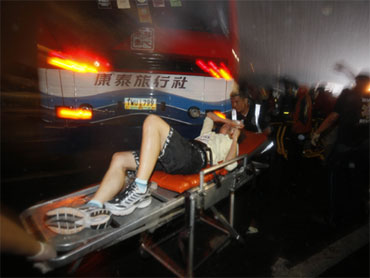 President Bush will nominate one of his closest longtime advisers to a key State Department post in an effort to help repair the United States' image abroad, especially in the Arab world, a senior administration official said Saturday.

The official, who spoke on the condition of anonymity, said the announcement that Bush has selected Karen Hughes to be undersecretary of state for public diplomacy and public affairs will be made early next week, possibly as early as Monday. The position requires Senate confirmation.

The official said that Hughes, 48, will spearhead the administration's campaign to promote democracy in the Middle East.

Hughes, who for years has had a major voice in crafting Bush's domestic message, is a former counselor to the president who left the White House in 2002 to move her family back to Texas.

She has little experience in foreign affairs but enjoys the confidence of the president and is close to the new secretary of state, Condoleezza Rice.

Since leaving Washington, Hughes, a former Texas television reporter, has continued to advise the President from her home in Austin.

As undersecretary, Hughes' main responsibility will be to repair the image of the United States which was badly tarnished abroad by anger over the Bush administration's decision to invade Iraq and overthrow its government.

She will be responsible for improving U.S. diplomats' face-to-face contact overseas and will oversee an array of programs, such as radio broadcasts that place American ideas and news before foreign audiences.