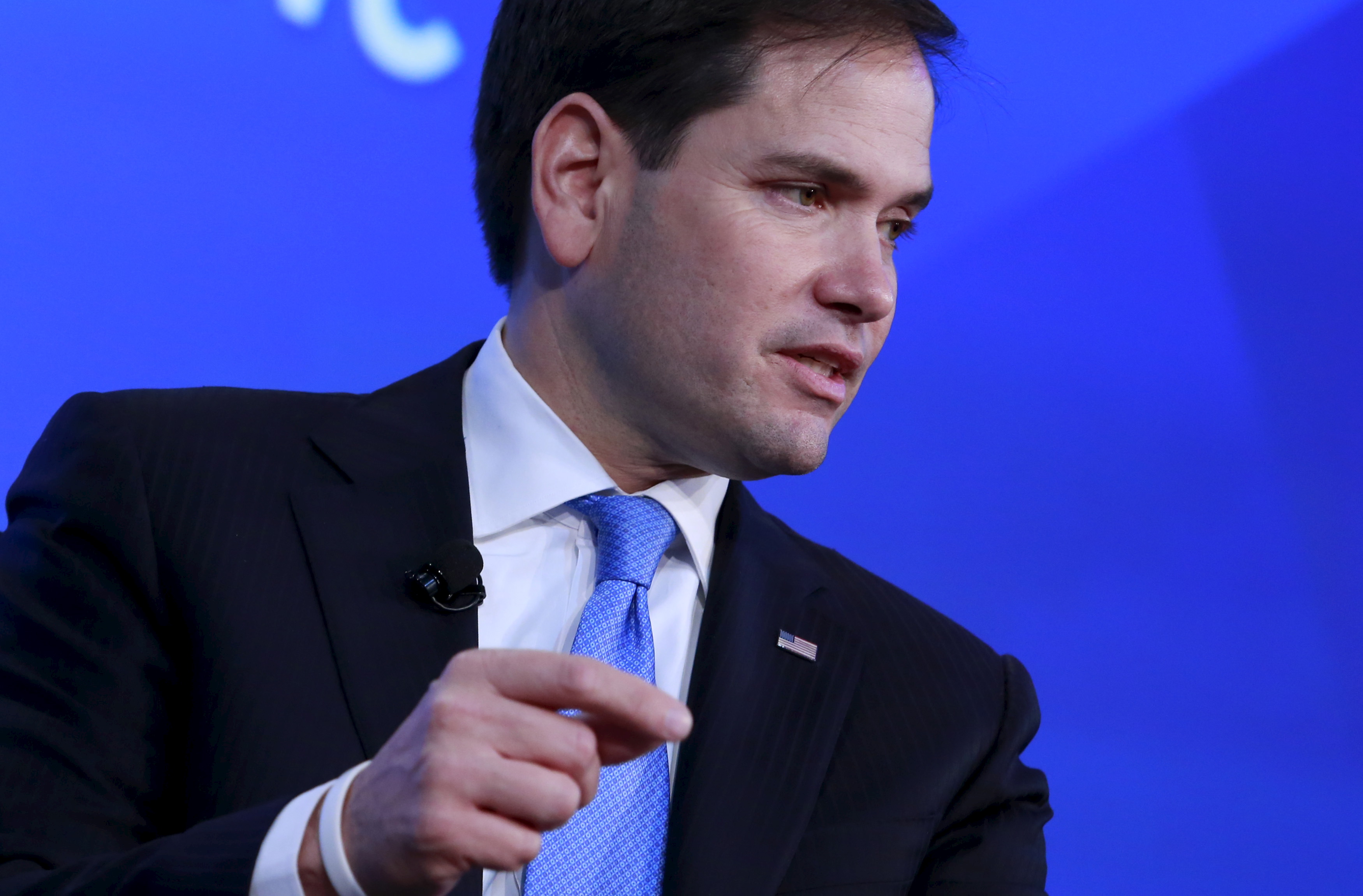 The super PAC supporting Jeb Bush for president has released a new ad slamming Marco Rubio and his voting record in the Senate.

The 30-second Right to Rise ad begins with a narrator saying that senators received a classified briefing on the terror threat days after the Nov. 13 Paris terror attacks.

"Marco Rubio was missing, fundraising in California instead," said the narrator, who then said the senator from Florida was also fundraising in New Orleans when the San Bernardino attack occurred on Dec. 2.

"Over the last three years, Rubio has missed important national security hearings, and missed more total votes than any other senator," the narrator said. "Politics first: That's the Rubio way."

But Rubio's communications director, Alex Conant, disputed the claim that he missed the classified briefing, tweeting:

Rubio, Conant pointed out here, attended the classified briefing just for Sen. Intelligence Committee members the day before, on Nov. 17, which would have had more high-level information about the Paris attacks than the briefing the following day, which was offered to all of the senators. That is the briefing he skipped.

The ad will begin airing this week in Iowa and has also added South Carolina, CBS News confirmed.

A recent CBS News battleground tracker poll found Rubio is in third place in Iowa with 12 percent support. Bush, the former governor of Florida, came in fifth place with 2 percent support. The Iowa caucuses are just over a month away on Feb. 1.