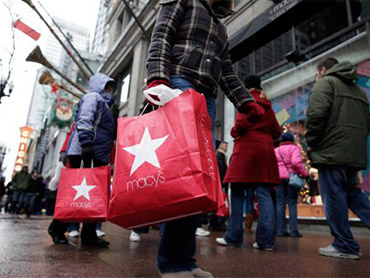 Billed as just a day at the races for the White House's number one NASCAR fan, President Bush drove directly into the lingering questions over his military record Sunday – posing with the National Guard sponsored car as the guest of honor at the premiere event of the NASCAR racing season.

He peered into the car, and said in a pre-race interview, "I flew fighters when I was in the Guard, and I like speed."

In an effort to put out the political brush fire surrounding his military service, Mr. Bush Friday released his entire National Guard record. But in the hundreds of pages of documents, there is still nothing more to prove he performed duty while in Alabama.

Lt. Col. John "Bill" Calhoun, a retired Alabama Air National Guard officer whose name was supplied to the Associated Press by a Republican close to the president, said he remembers Mr. Bush showing up for duty in Alabama in 1972, reading safety magazines and flight manuals in an office as he performed his weekend obligations.

However, his dates don't coincide with what the White House says. And so far, no one is able to describe exactly what duty Bush performed with the 187th tactical fighter group.

A medical doctor's son told the Montgomery Advertiser newspaper that his father, James Anderson, gave the president a physical in 1972 after Calhoun brought Mr. Bush to the office.

Wayne Rambo, who served in the 187th as an auditor, tells Pinkston he doesn't remember Mr. Bush. Rambo says the documents that would give details and show supervisor's signatures no longer exist. "Generally, they're going to be destroyed after six years to make room for more records," he says.

Mr. Bush signed up for the Texas Air National Guard in 1968, learned to fly a fighter jet, served there until 1972, then moved to Alabama to work on a political campaign.

The White House is pointing to copies of pay records to support the president's insistence that he fulfilled his duty. But Rambo says the pay records and retirement records do not provide specifics. He says that to prove someone served 30 years ago, "you almost have to have someone who saw them."

A spokesman for the Alabama National Guard, Lt. Col. Robert Horton, insists the documents the White House provided should close the case. He says, "To question somebody's training based on the inability to remember a person being present for duty, would mean that you would have to question every officer's military record."

Mr. Bush couldn't have picked a more obvious place to signal his campaign has shifted into high gear, and is aiming for a voting bloc prized by both parties in this presidential race: NASCAR dads – a term that refers to white, mostly rural men.

Strategists say NASCAR dads could be the largest group of undecided voters of this election year, whose vote will be heavily influenced by the economy - and the president's performance as commander in chief.

With 200,000 NASCAR dads and moms packing Daytona and some 75 million NASCAR fans watching around the country, Republicans hope to use Mr. Bush's appearance to help recruit as many voters as possible.