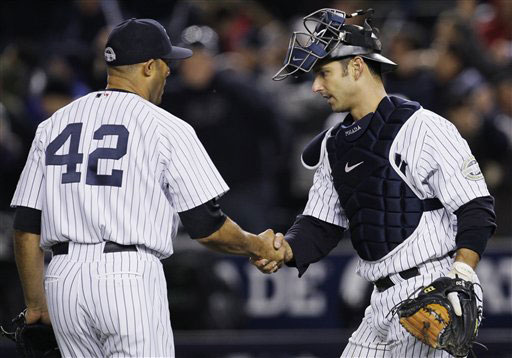 In a rare trip to Capitol Hill, the president thanked the GOP-led Congress for passing an AIDS spending bill and promised to make Medicare reform a top issue when lawmakers return from a Memorial Day recess.

He claimed victory on the economic package, though the tax cuts were less than half of what he had requested. Indeed, Mr. Bush once called a $350 billion tax-cutting plan "itty bitty."

"The principle of the bill is pretty simple — that we believe the more money people have in their pockets the more likely it is somebody is going to be able to find work in America," Mr. Bush told reporters. He fielded no questions.

The president's visit to the Hill came just before lawmakers were to debate the tax cut package.

The bill contained many of the elements of Mr. Bush's original plan, which called for $726 billion in tax reductions through 2013. But the scaled-back congressional version would cut taxes by $330 billion for stockholders, individual taxpayers, couples and businesses, while including $20 billion for financially strapped states, a provision Mr. Bush did not seek.

To squeeze the tax reductions into the $330 billion package, Republicans relied on budget gimmickry.

Many of the cuts are scheduled to expire after a few years, despite the overwhelming likelihood that lawmakers never would let that occur and be accused of raising taxes. A reduction in the taxes people pay on corporate dividends and capital gains would end in 2009; other cuts in individuals' income taxes would last only through 2004.

As they have all year, Democrats criticized the plan as a giveaway to the rich. They have offered alternative plans roughly one-third the size of the final GOP bill.

"This bill misses a real opportunity to get the economy back on track and help Americans who are struggling," Senate Minority Leader Tom Daschle, D-S.D., said in a statement. "Instead, it gives away billions to those who need it least and does very little for those who need it most."

The measure reached its final shape after moderate Sen. George Voinovich, R-Ohio, a pivotal vote in the closely divided Senate, met Wednesday with Vice President Dick Cheney and House Ways and Means Chairman Bill Thomas, R-Calif. Support from Voinovich and several other moderates of both parties hinged, in part, on keeping the bill's price tag at no more than $350 billion.

"If they stay within the 350, I'm fine," Voinovich said in a brief interview with The Associated Press. "I appreciate the fact that they've been trying to honor my concerns and make me an honest man."

The GOP may need Cheney's tie-breaking vote if other wavering moderates oppose the bill. Senate leaders count Democrats Ben Nelson of Nebraska and Zell Miller of Georgia as votes for the bill, but lost the support of three Republicans — Lincoln Chafee of Rhode Island, John McCain of Arizona and Olympia Snowe of Maine.

Passage seemed all but certain by week's end, when lawmakers begin a weeklong Memorial Day break.

Under the legislation, the top tax rate on dividends and capital gains would fall to 15 percent this year. Low-income taxpayers would pay 5 percent, falling to zero in 2008. Barring further congressional action, today's higher rates would return the following year.

Other provisions aimed at individuals and families would start retroactively on Jan. 1 and expire in 2005. These included reduced taxes for married couples, expanding the lowest tax bracket and preventing more taxpayers from paying the alternative minimum tax.

There also would be a $1,000 tax credit for each of up to two children for the next two years, an increase from the current $600. Grassley said 25 million families would qualify.

Businesses won two temporary tax breaks designed to encourage immediate investments. Small companies could expense up to $100,000 in new equipment investments through 2005, and businesses could depreciate more of their assets sooner through 2004.

Negotiators dropped breaks that senators put in their version of the bill for specialty gunsmiths, bow and arrow manufacturers and others.