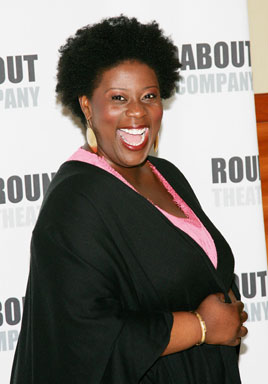 An aggressive George W. Bush pledged in campaign debate Thursday night to push for "tax cuts, so help me God" if elected to the White House.

The Texas governor also accused presidential rival John McCain of advocating campaign finance changes that would hurt the conservative cause.

But in a reference to former President George Bush's broken tax pledge, McCain asked the Texas governor whether he was saying "no new taxes, so help me God."

"This is not only no new taxes. This is tax cuts, so help me God," the younger Bush said, taking a clear stand on the issue.

McCain swiftly parried Bush's subsequent attack on campaign finance, and adamantly defended actions he took in writing the Federal Communications Commission on behalf of a political benefactor who was seeking action from the agency.

"My job is to make the bureaucracy work for the people," he said.

Bush, McCain and the other GOP contenders, Steve Forbes, Alan Keyes, Gary Bauer and Sen. Orrin Hatch of Utah, met on a stage at the University of New Hampshire - the site, one night earlier, of a debate among the Democratic presidential hopefuls.

William Kristol, editor and publisher of The Weekly Standard, speaking on The Early Show Friday morning, said that these exchanges mark the beginning of what is shaping up to be a hard-fought battle between Bush and McCain.

William Kristol on The Early Show
"McCain believes he's a stronger candidate than Bush. He wants to debate Bush one-on-one," Kristol said of the Arizona senator, who is in a dead heat with Bush in recent opinion polls.

Though they've been on stage together four times, Bush and McCain still have yet to go toe-to-toe. And with six candidates on stage, the looming battle was put off in many ways, with none of the men on stage hesitating to interrupt.

"I'm going to take some time here," Hatch declared at one point, more than halfway through a confrontation in which he struggled for airtime.

Bauer underscored his signature issue, saying he would not appoint any justice to the Supreme Court "who would sacrifice even one child," a pledge he has uttered often in his effort to show unbreakable opposition to abortion.

Forbes, a wealthy publisher, sharply criticized the Clinton administration's decision to send a Cuban boy whose mother died escaping Havana back to his homeland to be reunited wit his father.

There was an incendiary exchange over gays in the military that followed the pledges by both of the Democratic presidential hopefuls that they would make sure that homosexuals could serve openly.

Bauer said that Democratic stance would further the "radical homosexual agenda," and an animated Keyes said, "I will return to the ban on homosexuals in the military."

But the main political dynamic of the evening was the struggle between Bush and McCain, close rivals in the polls in New Hampshire, which holds the first primary of the year on Feb. 1.

That date will be important, CBS News correspondent Bill Whitaker reports, but Bush is certainly looking beyond New Hampshire to other upcoming contests in South Carolina and Michigan. Bush's hope is that his money, organization, and lead in national polls will leave the competition in the dust over the long haul.

The series of debates continues Friday night in South Carolina, where the GOP contenders will meet once again, and again next week as the opening round of primaries approaches.