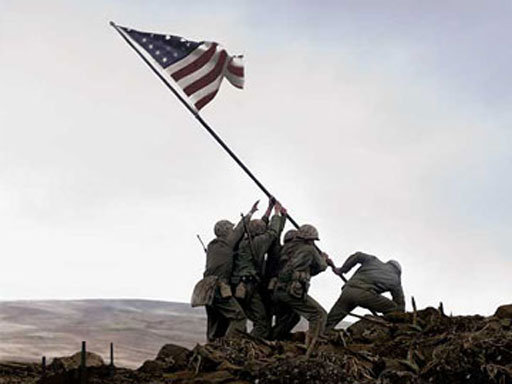 The Republican presidential candidate told supporters in Arkansas Monday that he's "going to win this state."

The Texas governor was in Arkansas to promote a modest initiative designed to make fathers take responsibility for their children.

Bush also announced plans to return to Arkansas and visit four other Democratic-leaning states (Missouri, Kentucky, Ohio and West Virginia) in the run-up to the GOP national convention, which begins July 31 in Philadelphia.

President Clinton won all five of those states in 1992 and 1996, but recent polls show Gore trailing or in a dead heat in each of them. Former President Bush won all but West Virginia in 1988.

National polls give Bush a slight edge over Gore, though the real race is to the 270 state electoral votes needed to win the presidency.

"He can go in any direction he wants to in terms of his travel, but he better explain to the American people why he wants the country to change course and take the country on a right-wing U-turn, which is what his policies represent," Gore spokesman Chris Lehane said.

Democrats outside the campaign said Bush's itinerary underscores problems with the Gore campaign.

"Bush is making Gore race back to his base. It's a great power play," said Democratic consultant Dane Strother. "He's going to force Gore out of California and make him rush around states he should have had nailed down by now."

Mr. Clinton served nearly five terms as governor and twice won Arkansas' six electoral votes, but the Republican Party has gained strength since he left the state. Bush is sending a message to his base by competing in the tiny state, Strother said.

"Going back to Arkansas is a great way to energize the people in his party who hate Clinton," the Democratic consultant said. "It's his way of signaling, `I'm going right at him."'

Bush, who also attended a party fund-raiser here, predicted he would win the state "based upon my record and what I'm saying, not based on President Clinton."

Gore is having trouble in a number of other states carried by President Clinton in 1992 and 1996, including Oregon, Washington state, Minnesota, Wisconsin and Illinois. Bush is even holding his own in Tennessee, Gore's home state.

Bush was campaigning in Wisconsin late Monday and Illinois on Tuesday before heading to Austin, Texas, to prepare for the convention.

"The schedule tells you that few states that are traditionally Democratic strongholds are up for grabs," said Republican consultant Scott Reed, who managed Bob Dole's failed 1996 GOP presidential campaign.

Bush's main task in Austin this week will be selecting a vice presidential candidate. Aides said the decision could be announced early next week, and Bush himelf said his list of candidates is narrowing.

A local reporter asked if Republican Gov. Mike Huckabee of Arkansas was on the list. Bush said no, dropping his habit of hinting that a local politician is in the hunt.

"The days of saying the list is growing and shrinking are over. I'm getting close to a decision," he told reporters.