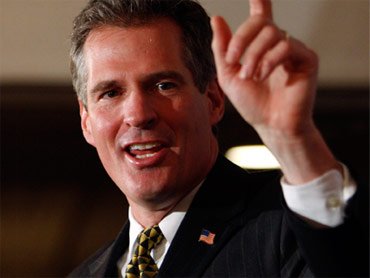 President Bush said Monday the United States is exploring whether Iran had any role in the terrorist attacks of Sept. 11, 2001, a scenario discounted by the Central Intelligence Agency.

"We're digging into the facts to see if there was one," Mr. Bush said in an Oval Office photo opportunity.

Mr. Bush noted that acting CIA Director John McLaughlin has said that there was no direct connection between Iran and Sept. 11.

"We will continue to look and see if the Iranians were involved," Mr. Bush said. "I have long expressed my concerns about Iran. After all it's a totalitarian society where people are not allowed to exercise their rights as human beings."

"As to direct connections with Sept. 11, we're digging into the facts to determine if there was one," said Mr. Bush, who has branded Iran as part of an "axis of evil" along with North Korea and pre-war Iraq when it was ruled by Saddam Hussein.

McLaughlin said on Sunday that the CIA has known for some time that some of the Sept. 11 hijackers were able to pass through Iran. But he said there is no evidence the government in Tehran supported this. Nothing suggests an official connection between Iran and the 2001 hijackings, he said.

According to the newspaper, U.S. intelligence believes Iranian officials told Iranian border agents not to stamp the passports of men coming from terrorist training camps in neighboring Afghanistan. If the passport had received an Iranian stamp, it may have triggered extra security checks when the men entered the United States.

But The Times reports there is no evidence Iran knew of the Sept. 11 plot.

U.S. relations with Iran have see-sawed over the past two years. Iran did not raise major objections to the U.S. wars in two countries that border it, Afghanistan and Iran. When a major earthquake struck Iran, the U.S. pledged help. Iran's president Mohamed Khatami has signaled he'd like dialogue with the United States.

But Washington has pressed the International Atomic Energy Agency to crack down on Iran's nuclear program, which the U.S. believes is aimed at developing a nuclear bomb. The IAEA has faulted Iran for secrecy, but has not concluded Iran is seeking a weapon.

After the U.S. invaded Iraq, Washington accused Iran of stoking Shiite resistance to coalition forces. Tehran faulted the U.S. for briefly agreeing to a cease-fire with an anti-Iran terrorist group based in Iraq, the Mujahadin al Khalq.

Al Qaeda is Sunni Muslim, while Iran is dominated by the minority Shiite sect of Islam. Many analysts believed tradition and sectarian differences keep Sunni and Shiite extremists from working closely together, despite shared anti-American ideologies.

But the U.S. has long listed Iran as one of several states that sponsor terrorism, for its alleged backing of Hezbollah and other groups opposed to Israel.

The Sept. 11 commission is also expected to report that al Qaeda had no operational connections to Iraq, which could undermine the Bush administration's claims that Saddam's alleged links to terrorism posed a threat to the United States.