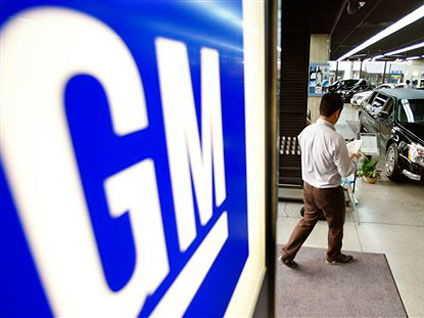 President Bush dismissed on Tuesday a report put out by his administration warning that human activities are behind climate change that is having significant effects on the environment.

The report released by the Environmental Protection Agency was a surprising endorsement of what many scientists and weather experts have long argued — that human activities such as oil refining, power plants and automobile emissions are important causes of global warming.

But it suggests nothing beyond voluntary action by industry for dealing with the so-called "greenhouse" gases, the program Bush advocated in rejecting a treaty negotiated in Kyoto, Japan, in 1997 calling for mandatory reduction of those gases by industrial nations.

"I read the report put out by the bureaucracy," Mr. Bush said dismissively when asked about the EPA report, adding that he still opposes the Kyoto treaty.

The report was the first by the Bush administration to mostly blame human activity for global warming.

"The changes observed over the last several decades are likely mostly due to human activities, but we cannot rule out that some significant part of these changes is also a reflection of natural variability," the report says.

The report also says that despite some lingering scientific uncertainties, "There is general agreement that the observed warming is real and has been particularly strong within the past 20 years."

"It's good they've done a 180-degree turn on the science. Given the audience, they pretty much had to," Kreider said. "But we're still waiting for a plan that mandates pollution cuts."

The White House had previously said there was not enough scientific evidence to blame industrial emissions for global warming.

"(The report) undercuts everything the president has said about global warming since he took office," said Philip Clapp, president of the National Environmental Trust.