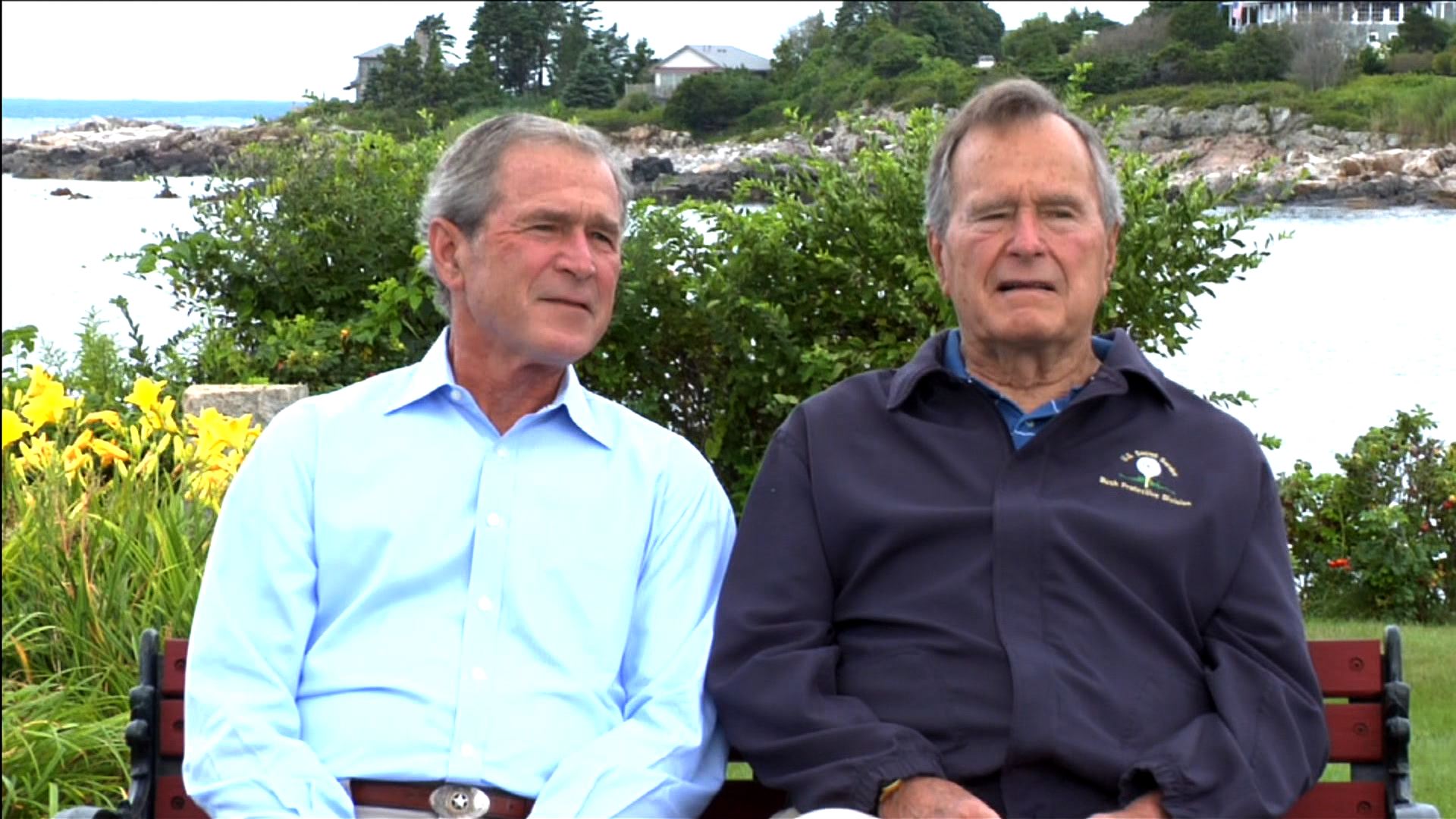 (CBS News) TAMPA, Fla. - Former President George W. Bush will be remembered fondly for his handling of the Sept. 11 attacks, members of the Bush family said in a tribute video shown here Wednesday at the Republican National Convention. Mr. Bush and his father, former President George H.W. Bush - the country's last two GOP presidents - did not make the trip to Tampa for convention festivities.

"I hope people remember George, and I think they will, for having the determination and the toughness and the persistence to be able to see... our country through such a very difficult time after the [9/11] terrorist attack," Laura Bush said of her husband, whose image, polls show, has gradually begun to improve after he left office with the worst public approval rating since Watergate. The former first lady was seated in the video next to her mother-in-law and another former first lady, Barbara Bush.

"There was never a taint of scandal around his presidency," Bush 41 said of his son. "And I think we forget the importance of that. But they'll remember him for being a good, honest president that got a lot of things done, but I think the thing I take pride in is integrity."

Bush 43 had some kind words for his father, too, praising him for handling "the unexpected" with "vision, a clear strategy, and calm nerves." Barbara Bush, George H.W. Bush's wife, said she hopes the world remembers her husband "as he is."

The four shared war stories from their combined 12 years in the White House, including Bush 43's first time walking into the Oval Office as president, the dog Barney taking a bite out of a reporter, and comedian Dana Carvey's famous now-famous impersonation of Bush 41 at a White House Christmas party.

Having been to the past several Republican conventions, Laura Bush sent the family's "very best wishes" to convention goers and presumptive nominee Mitt Romney.

"Dad and I both know what it takes to be president, and there's no doubt in our mind that Mitt Romney will be a great president," Bush 41 said. Nodding his head, his father added his most full-throated endorsement yet of the former Massachusetts governor: "He's a good man," he said.