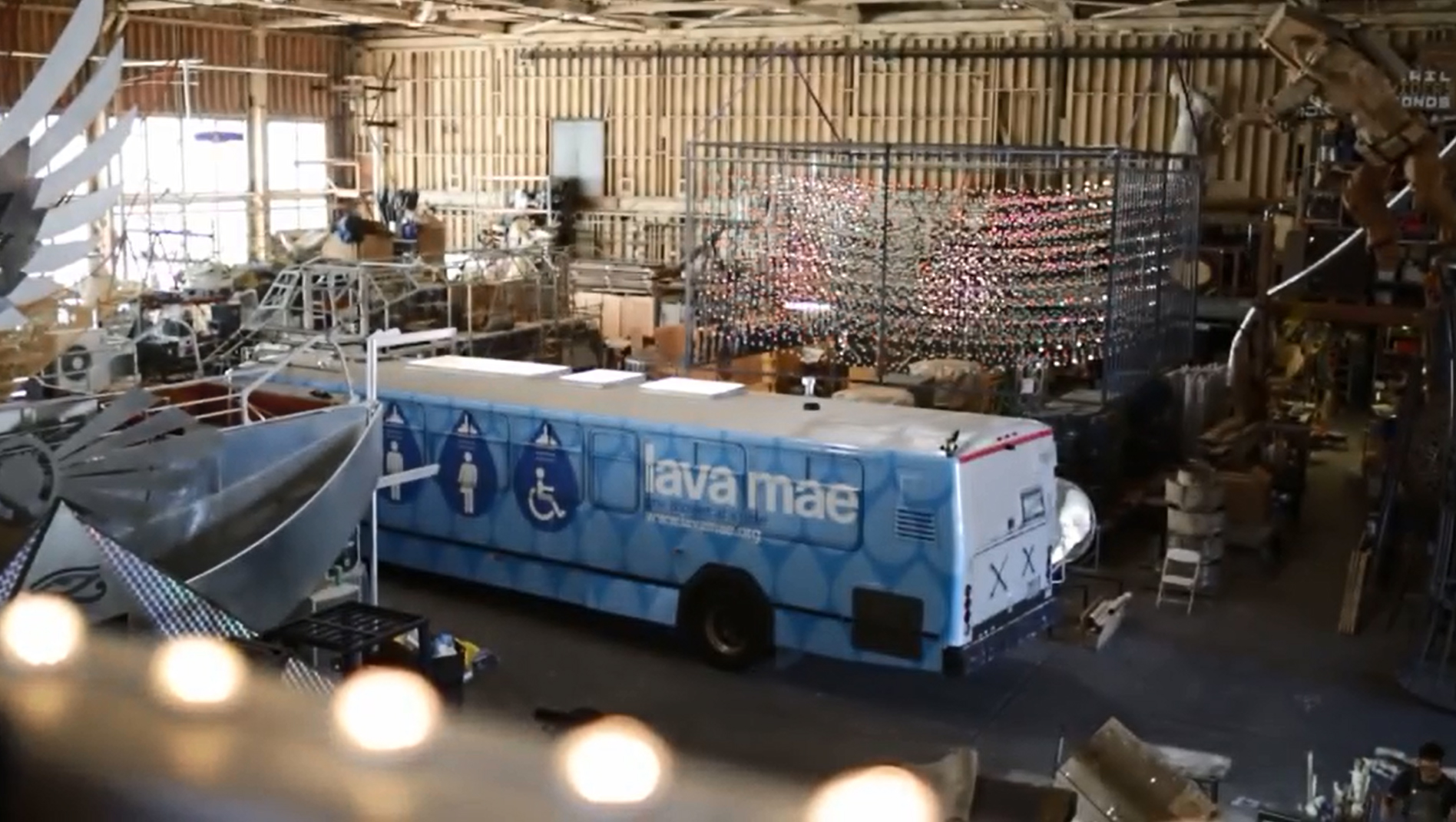 SAN FRANCISCO - A nonprofit group is taking a novel approach to helping the homeless in San Francisco with a new bus that allows them to take a shower.

The former public transit bus has been outfitted with two full private bathrooms and offers hot showers, clean toilets, shampoo, soap and towels free of charge. The founder of the nonprofit Lava Mae mobile shower bus said she wanted to return a sense of dignity to those living on the streets.

"If you're homeless, you're living on the streets and you're filthy, you're trying to improve your circumstances, but you can't interview for a job, you can't apply for housing and you get disconnected from your sense of humanity," Doniece Sandoval said. "So a shower just in of itself is amazing for people."

Lava Mae says the bus is mobile, allowing it to reach homeless people scattered throughout the city. And having a facility on wheels eliminates the potential for rent hikes and evictions in a city with high real estate prices.

A homeless survey in 2013 counted more than 6,400 homeless people in San Francisco.

San Francisco officials are testing a similar mobile toilet program in the struggling Tenderloin district, where complaints about human waste are common. The toilets will be available at three locations from 2 p.m. through 9 p.m. Tuesday through Friday and then removed and taken off site to be cleaned, the city's public works department said.

The $75,000 cost to refurbish the Lava Mae bus was provided by private donations, including from technology giant Google, whose employee buses in San Francisco have attracted protesters who view them as a symbol of economic inequality and gentrification. The city allows Lava Mae to use nearby fire hydrants for water.

Ralph Brown, a 55-year-old military veteran who has been homeless for about a year, took a shower aboard Lava Mae's bus on its first day of service last month. It was his first shower in several days.

"When people move away from you on the bus, it's time to take a shower," he said.

Some homeless shelters in the city have showers, but they can have long waits. The Lava Mae bus also provides relaxing music.

"Being inside there is kind of a trip because it's pretty high-tech and kind of ingenious," he said. "Basically I just feel a lot better."

Sandoval said that's the reaction she sees from many of the people who use the bus.

"Their faces are just beaming," she said. They're so incredibly grateful. It's a great feeling to just be able to offer people something so simple and yet so vital," she said.

For now, the bus will be parked every Saturday in San Francisco's Mission District, but Lava Mae hopes to have additional buses in the city in the coming years.