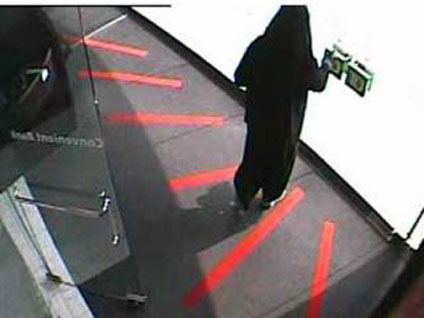 He also wore jeans and tan boots underneath it, they said.

Authorities said the "burqa bandit" showed a gun and demanded money. He got away with an undetermined amount of cash.

Police said the man spoke with what they described as "a Middle Eastern accent."

They say a silver car, possibly a Chevrolet, was seen leaving the scene.

The FBI is helping with the investigation.