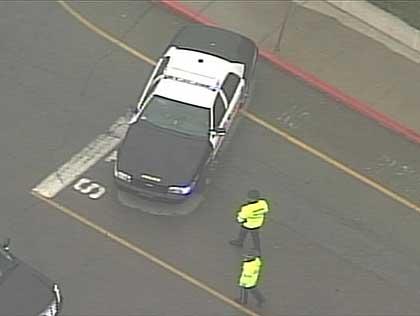 BURLINGTON, Mass. (CBS/WBZ) - State and local police are responding to a report of a man with a rifle inside the Burlington Mall in Burlington, Mass.

Simon Property Group, which owns the mall located north of Boston told CBS station WBZ that the initial report came from inside Nordstrom.

According to mall officials, two female shoppers told authorities they spotted a man dressed in all black, walking into a rest room and carrying what appeared to be a rifle.

As of 10:30 a.m. the mall had been closed and evacuations were underway. Police had not been able to locate any gunman or confirm the accuracy of the report.

A worker inside at a clothing store inside the mall told us they had closed their store security gate around 10 a.m. and have been hiding out in back room waiting for word from police.

A man who runs a kiosk inside the mall tells WBZ that around 10:30 police came by and told him he had to leave. He described the evacuation as "orderly."

Officers from Burlington, Woburn, Wilmington and State Police were all responding to assist with the situation.

They had set up a perimeter around the mall and a search was underway in the surrounding area. Swat teams were on scene and the State Police helicopter was also circling the area.

Burlington Mall is two stories and contains more than 200 stores. The mall opens at 10 a.m., which is right around the time the possible gunman sighting was reported.