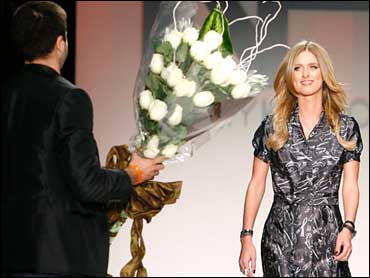 Police say they are investigating a burglary at the Los Angeles home of Nicky Hilton.

Officer Gregory Baek says police were called Tuesday afternoon and were told that some unidentified items were missing from the home. He had no further details.

Nicky Hilton, a clothing designer, is the younger sister of Paris Hilton and granddaughter of hotel magnate Barron Hilton.

Paris Hilton, Lindsay Lohan and Orlando Bloom are among several young celebrities whose homes have been burglarized in recent months. Four people have pleaded not guilty to charges involving the theft of $3 million in jewelry, designer clothers and other items.