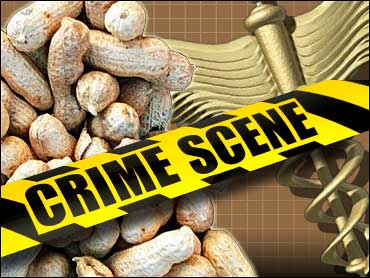 An eighth-grader was charged with wanton endangerment after allegedly putting crumbled peanut butter cookies in the lunchbox of another student with a severe allergy to peanuts.

The allergic student, also an eighth-grader, did not eat the cookies and did not suffer a reaction.

As the students neared the end of their lunchtime, a student was seen putting the crumbled cookies in the allergic student's lunchbox, she said.

It was well known the other student suffered from severe peanut allergies, Deffendall said. There was no known history of problems between the two 13-year-old students, she said.

After an investigation, the student was arrested on a felony wanton endangerment charge and has been removed from the school, Deffendall said.

A person is charged with felony, or first-degree, wanton endangerment when someone is suspected of engaging in conduct that causes the danger of death or physical injury to another person, according to state legal statutes.

The student will face charges in the juvenile criminal justice system.

Deffendall could not comment on specific administrative action taken against the student, but said an expulsion comes only after a decision by the school board.

Letters went home Friday to parents of Morton students notifying them of the incident.

There is no districtwide policy regarding peanut or other food allergies, Deffendall said. Schools that have students with food allergies tailor policies to protect them. Some schools have separate "peanut-free" tables. Because a number of Morton students have known peanut and sesame seed allergies, families have been asked not to send those foods to school.

For those allergic to peanuts, even trace amounts of peanut oil can cause severe reactions and even death. Symptoms can include hives, welts and swelling that can restrict airways. Earlier this month, it was reported that a 13-year-old boy died in Australia at a school camp due to an allergic reaction to peanuts.