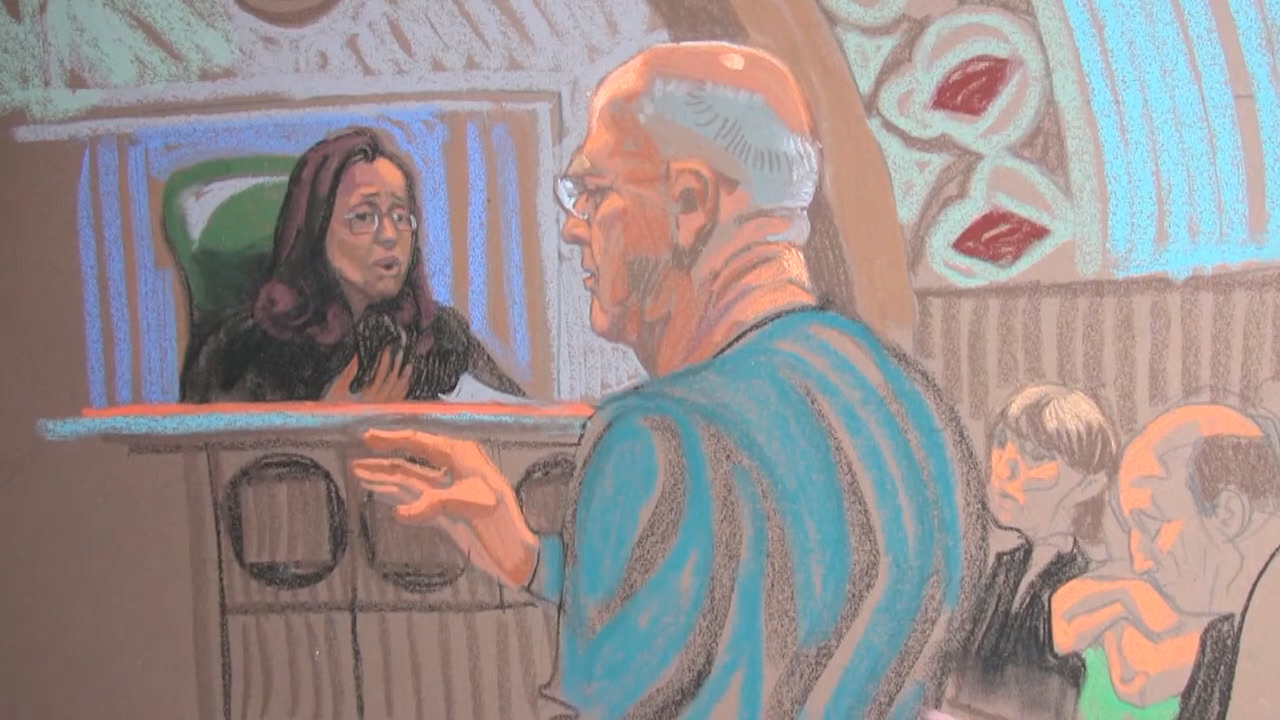 One of the jurors who voted to convict Boston mobster James "Whitey" Bulger for a string of gangland crimes described how the more than 32 hours of deliberations were "stressful" and involved "all kinds of dissension."

Bulger, 83, is scheduled to be sentenced Nov. 13 after being convicted Monday in a wide-ranging racketeering case involving a string of crimes, including 11 killings - many of them while he was an FBI informant.

The verdict came nearly two years after Bulger was captured living in California, after 16 years on the run.

One of Bulger's lawyers, J.W. Carney, told reporters the verdicts came as no surprise to the his client.

"Mr. Bulger knew as soon as he was arrested that he was going to die behind the walls of a prison," Carney said.

The jury deliberated for five days before reaching agreement on most of the charges.

"If you could believe the testimony, and believe what you heard," Hotyckey said. "I don't see how you couldn't find the person guilty."

But Hotyckey says not all of the jurors believed the testimony they heard - especially from John Martorano, a former hit man who got a plea deal from prosecutors to testify against Bulger.

"There was one juror that constantly said that his testimony was not believable," Hotyckey recalled. "(He said) over and over again that you couldn't believe anything (Martorano) said because of the government."

Bulger's lawyers tried to put the government on trial, detailing the payoff of several FBI agents and state and local police officers.

The tactic helped get Bulger off on 8 of the 20 murder charges against him.

For the families of those victims, the verdicts were painful

"I never got to meet my father and I'm still getting kicked into the stomach to this day," said William O'Brien, son of one of Bulger's victims.

But for the crimes he was convicted of, Bulger will likely spend the rest of his life behind bars.