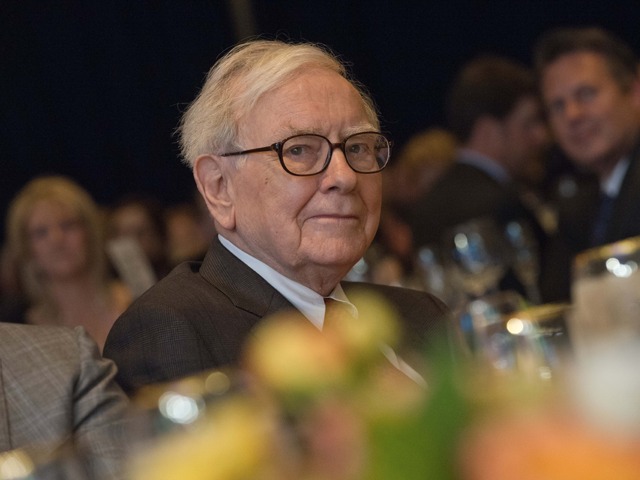 (CBS/AP) WASHINGTON - The U.S. economy isn't likely to slip back into a recession, Warren Buffett said Tuesday. He added that both political parties deserve blame for the federal government's failure to reduce the deficit.

The billionaire investor said at the 25th anniversary dinner of the Economic Club of Washington that he sees "very low" chance of a renewed recession. But he warned that the odds could change if the effects of Europe's financial crisis were to "spill over in a big way."

European leaders need to reconcile the "half-in, half-out," nature of the euro zone, Buffett said. The 17 nations that use the euro share the same central bank and interest rate policies, but follow wildly different national tax and budget policies.

Buffett, who is the CEO of Omaha, Neb.-based Berkshire Hathaway Inc. (BRK-A), also reaffirmed his support for the so-called "Buffett Rule." The proposal would require Americans with incomes above $1 million to pay a 30 percent tax rate.

"I couldn't get a disease named after me, so I settled for a tax," he said.

When asked how he would reduce the U.S. government's budget deficit, which is on track to top $1 trillion for the fourth year in a row, Buffett recommended raising taxes and cutting spending.

"You've got to get specific about it," he added. "Just talking about reform won't work."

That echoed the criticism many Democrats have leveled against GOP presidential nominee Mitt Romney. They say his budget-cutting proposals consist mainly of broad targets and don't include enough details about actual cuts.

Buffett jumped into the tax debate last August by noting that he pays a lower tax rate than his secretary, which he said is unfair. Like many wealthy Americans, much of Buffett's income comes in the form of capital gains and dividends, which are taxed at lower rates than incomes.

President Barack Obama and Democrats in Congress seized on Buffett's approach. But it hasn't gained much traction in Congress. A proposal modeled after the Buffett Rule was defeated in April in the Senate. It fell short of the 60 votes needed to cut off a Republican filibuster.

The Economic Club of Washington is a group of local business executives. Buffett participated in an interview with David Rubenstein, the president of the club and co-founder and co-CEO of the Carlyle Group, a private equity firm.